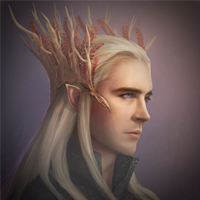 I used to be all into this many years ago when BFME was relatively fresh, RA was the most exciting thing since slided bread and I went by a different moniker. Surprisingly, I still even recognise a few names - good on you!

I've recently taken up playing ROTWK quite heavily over LAN with some friends which...well as you all know - this is just such a fricken awesome game and so much fun, we've been playing RJ primarily which is awesome but not quite finished unfortunately it's awakened something in me and I guess: once a modder....

So I don't have any flash render templates, logos and over-ambitious ideas for any never-before-tried mods featuring 1200 factions and all 4 ages of middle earth. I'm just going to do a bit of experimentation around in the game and see if I can attempt to remember old tricks and skills (come on, it was like 5 years ago??). It's coming into colder days here and i think it could be a fun wee projects for the late nights when the mrs is watching tele

So! Appealing to you masters of code, art and whatnot. I suspect I'll have a few questions to ask over the next (however long I remain interested) and if anyone would be gracious enough to point me in the right direction from time to time I would much appreciate it.

So I had a crack at getting under way last night. My first question is rather simple and I've tried to search your funky new T3A site to find an article or something but failing miserably... I'm sure someone can very simply remind me what to do here.

When using the -mod setup... you need to do something funky to get the gamedata.ini file working is that correct? ....