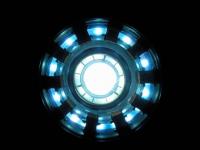 Did you ever find out how you did?

Also, I celebrate finding my wallet. It was in the car between the seat and door.

Yeah, I'm about one month away from the nine year mark. Holy hell. I was (barely) thirteen. I joined this forum in middle school and have now graduated collage and am employed.

On that subject -- I'm employed! Job hunting is awful. I'm glad I didn't stress about it senior year of college and just focused on enjoying the rest of my time at school but damn being unemployed until Thanksgiving was miserable.

I'm working as a (the, actually) software engineer at a medical AI startup, doing mostly front-end work right now but hopefully moving into machine learning at some point because that would be dope. It's kind of crazy how you can job hunt for months, sending out so many resumes and cover letters, and not feel like you're making any progress. And then suddenly, a fraternity brother's uncle's cousin is consulting for a startup that needs a smart kid with a computer science degree to do some work for them and a week later you're employed without even having an interview.

Life is strange, man. (speaking of which...)