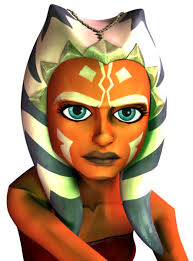 Battlestar Galactica at War is back!

Hey Guys, Byron here. Avid BSG fans will be well aware that between 2010/2011 NBC issued a take down notice of a single BSG mod from Moddb.Since Moddb didn't want to get into trouble they decided to remove all BSG related content from their website.

However, we have started up our Battlestar Mod project again, and hopefully we can continue to develop it without NBC feeling threated by its presence.

So what have we been up to?

Well most of the content used in BSG Colonial Wars needed upgrades. Textures weren't great and most models need re-rigging.

Our Priority at the moment is to re-rig enough units to get you guys a mini-mod by 2013. We are aiming for something small, but quite diverse. We aim to change the graphics of the game so you feel like as if your playing a Total Conversion mod.

As mentioned all models are being Re-rigged, and re coded to be more accurate to the ships shown in the show. We have already re-rigged the Battlestar Galactica, and have put its Flak Shield ability to test against some cylon raiders, and the results are fantastic. The video below from our November update shows you this ability being used.

Due to some set backs re-rigging was placed on hold and minor modding of Factions, Galactic Conquests and Planet placement has taken over at this moment. But I am pleased to announce that we have finally overcome the rigging issues we were experiencing with the rigging process, but I'd like to show you what I've been up to in the meantime.

This video shows the new and updated effects that we are looking to create with our mods Galactic Conquest. As you can see we've taken to offering an accurate representation of a Galaxy by adding in Nebula and Star effects, we've even gone as far as adding Suns to each Galaxy.

The area of space you see in this video is known as Helios Alpha, and is one of the primary Helios for the Tweleve Colonies. It features the following planets:

Let us know what you think, after many attempts at getting the effects to work correctly I cracked it. We are aiming to develop another 3 of these areas for the other Helios' within the Twelve Colonies. You'll also notice some sound updates for the GC.

The mod is well and truly back in production, however as always we must say that Real Life events to come before any modding, so If you haven't heard from us in a while don't assume we are dead, we might just be very busy.

If you want to keep up to date with is visit www.bsgmods.com/forum and register there with us. The forums is quite New and we still don't have many members.