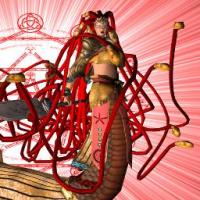 DetoNato hasn't added any friends yet.

You love RTS games? Do you love all kinds of Sci-Fi stuff? Do you always wanted to stand right inside your army or are you a guerilla fighter taking on all of your enemies with Hit'n Run attacks? You love versatility or teamplay? If you can answer any of those questions with "YES!" than Timeless War - The Power of Hightech Warfare is your game!

Timeless War is primarily an RTS game mostly based on old-school gameplay with new features and adds Action-RPG elements. The story is based around three high-technologized races of great powers, enmeshed in a war to conquer an alternate Earth to decide the fate of mankind. The story begins 38.000 years BC when the mother-ships of the Pandora Forces and the Chrono-Force-Alliance clashed together in a great battle. Now, in the year 2058 the Chrono-Force-Alliance marches into our solar system to free maniknd and to finish off their archnemesis.

The Asen are an ancient species that arose from the extinct left-overs of an other race in a parallel universe called Asgard. Even though their technology is mostly of organic nature, it is superior to the other factions. But their desire to keep their military technology as simple and controllable as possible while basing on strong and presice Hit'n Run attacks as well as using its potential for civil purposes, creates many weak-points where the other factions can establish countermeasures. Guided by Medusa, they discovered and colonized several other worlds where they founded communistic societies and established a peaceful co-existence with natives, enviroment and Asgardian life-forms. However, Earth is a special case because of the many problems that arise and the permanent threat of the Pandora Forces.

The Pandora Forces once started as machines, but after they crash-landed on Earth, they were almost annihilated. Only their leader, Sattania, survived and she was doomed to rest thousend of years under the thick glaciers of Antarctica. After she finally broke free from her prison, she started to take a new step in evolution. From that day, the Pandoras are no longer mind-controlled machines, but anorganic life-forms with their own mind and inherited hatred for mankind. This step took away the only weakness the Pandoras had. Now they want to eradicate mankind to negate the existence of the Chrono-Force-Alliance and their member races.

The member races of the Chrono-Force-Alliance are descendants of mankind, that lived in exile in a supposed distant future. Natural selection was pretty cruel to them and without genetic modification they would not survive the harsh conditions of other planets and space. So they look like humanoid reptiles with about 95% genetic similarity compared to human DNA. When the Pandora Forces attacked to gather controll over the Milkyway galaxy, the offsprings of humanity united. The Pandoras where cornered to the point where the machines had to rely on ancient alien technology to repair a supposed time machine which was found on an isolated planet. They wanted to travel back in time, to annihilate mankind and fulfill their goal. The human descendants discovered their plans and forged an alliance. The Chrono-Force-Alliance was born. In a great battle between the two super powers, only Diploducas, guided by Ikx, managed to follow the machines mothership, the Pandora Sun, through the wormhole and arrived at earths orbit 38.000 years BC.

If you like the plot, you can find more details here: The Plot