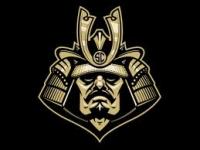 Theotian hasn't added any friends yet.

In Topic: Planets by numbers

I have an idea i broke it down to bare bones since it may be too late to add in alot :

Well what if certain planets will have more recruits available based on sentiment for instance (throwing numbers out) the empire would be able to recruit say 20000 soldiers on Tarsis because they are loyal to them in land battles, but if the rebels have Tarsis they would lose 25 percent of the volunteer force sue to anti rebel sentiment.

That is the base of what i thought but if you felt the need you could expand it to where sentiment can change based on actions.For instance the rebels got a flood of recruits after Yavin 4 because no one thought you could win against the empire. Maybe winning a battle will give you a small bonus like 5 percent to all planets for 2 months time.Or maybe the rebels would get a higher bonus than the empire for being underdogs in the eyes of the people.

Also as the empire of rebels although you will get bonuses for whipping out civilian buildings on planets during battles if you do that you will lose a percent of volunteers due to atrocities.

In Topic: How is this doing?

ya went over to moddb and things are quiet there too.Such a shame , but i hope they just moved or something.