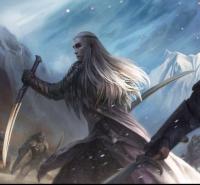 Bugs of Problems with 5.0 update

Hello Everyone team!
I would like to comment on the bugs that i have found in this update, some are from past updates even, most are related to AI:
1) The mod has a critical error with the Rhun map (6p), gamecrash type error, the game simply does not load, i take this opportunity to comment that Rivendell did not build anything and Rohan built very little in past updates, i mean the AI.
2) The mod has been disabled or maps do not appear for 6 and 8 players, there was a map that was almost the same, it only varied for 6 or 8 players, i do not remember the name of both because they do not appear now, i taking this opportunity to say of the fact that gondor did not work in those 2 maps, i mean the AI.
3) In the "Nan Celebrant" and "Lorien Gardens" maps, gollum never appears, this error was always in past updates.
4) For some reason that i do not understand, AI never does Olog-Hai and Grond in Mordor, Gundabad Stone-troll and Giant Bats in MM, this error is from the fourth update, even in brutal, please do not disable them, it is from the main forces of those factions.
5) For this update in DG the AI ​​never does the necromancer nor the Corrupted Entwife, which makes DG unbalanced with other factions, i have tried on several maps and always in Brutal.
6) For some reason the AI ​​often seems to never activate many of its powers (Spellbooks) in all factions, and it's the same about hero powers.
7) For some reason the evil factions, especially MM, improve very fully and at the top of their city quicly, while the factions of good hardly improve that in their fortress, this situation would not be very balanced. The rohan faction often does not build many things on many maps, nor does it improve.
8) Many times the AI ​​being good factions and having the ring does not create frodo or bilbo.
9) AI never uses the powers or abilities of the latest fortress upgrades on all factions, so its powers or abilities can be said to be useless to the AI.
10) Rivendell for the AI ​​seems that nothing ever improves in the library, and for this faction it is essential to improve.
Many of these errors/bugs are not in specific maps but in general, i always play maps from 6p upwards.
As an extra comment, i would like to have the possibility that you put all the new maps that you have made that can be put in WotR, such as Rivendell, DG, for example, and that the AI ​​when defending a territory that is of a fortress type, this can mainly only defend itself Inside the fortress, it would be epic.
Thanks for reading and being able to give future support to these problems, i know you commented that you are not AI programmers, but perhaps some things or most of them can be solved or improved.
I usually play a lot and often only this mod, and always play as difficult as possible, for this reason i can give this observations.

- The CPU never improves the Mallorn Tree, so it never makes the sentinels and their resources, i suppose they are usually smaller because they will always be level. This could be an even bigger problem for the next update of the Lothlorien faction because it will depend on how you make your improvements to the Mallorn.
This will be a similar situation for Dol Guldur due to its expansionist mechanics, if the CPU does not have the constant construction of the Dark Presence structure programmed, its troops would always be at a disadvantage. One tip would be to consider programming when the CPU is in play and not just for players. Another similar case would be the special power of the resource mines in the Erebor faction, i don't know if the CPU can do it, or Rohan exchanging the function of their farms.
- When the Witch King is destroyed it cannot be recreated again, perhaps this is the problem that happens in WotR as well.
- THE CPU PLAYING WITH ROHAN NEVER BUILDS STABLES, ALWAYS LEAVES AN EMPTY SPACE, NO MATTER WICH MAP, I GUESS IT'S BECAUSE THE BUILDING DOESN'T FIT IN THOSE SPACE, REALLY BAD BECAUSE THE MOST IMPORTANT UNITS IN ROHAN ARE HORSE RIDERS, THIS PLOBLEM HAPPEN PLAYING SKIRMISH OR WOTR. (Edited--> Yesterday i been playing vs my CPU and for this moment, it builded stables now, maybe this problem is just for most of the times)
- Some other details and observations are regarding Thorin, he directly appears with his king attire at level 5 when he has 2 attire, i don't remember if it happens with dwalin or even all the heroes in Erebor. Another observation is with Aragorn, he appears without his crown always and when i invoking him.
- If i build walls with rohan faction, catapults also count command points for every catapult.

War of the Ring - PROBLEMS/BUGS/OBSERVATIONS

hello guys, when i play with my ally or against misty mountains, CPU never make a fortress, it put just a mine in the center

if i build walls with rohan faction, catapults also count command points for every catapult.

Another thing is... the map shows territories that have fortress, like Erebor, Isengard, it’s ok, but, Gundabad shows a fortress and it hasn’t one, i don’t remember if Lothlorien (Caras Galathon) also has this problem, or maybe it’s for the future, put hese fortress?

Always at the beginning, erebor and isengard have elite warriors, so powerfull for the first combats and this it could not be

Theoden doesn’t make the complete “3 power“ of him, i mean, hama and the other captain of rohan doesn’t apparece, Theoden only just cure

If i play with mordor, i can make for every territory 3 black numenoreans riders, not just 1 or 3 for all the game