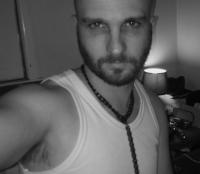 I didn't realise it had been that long till i checked the date when i came here recently. its a game i never tire of, and being a huge lord of the rings fan i also love any and all related gaming media.

the mod itself was always meant to be bat shit crazy. i loved the idea of doing whatever you wanted. i never was a modeller so i had to use in game assets to achieve what i was after. what was cool though was the fact that they buried SO many assets in the code which was so much fun to dig out and see how they played. there is a particularly strong spell which i had to tone down quite a bit that i gave to gandalf (and i believe saruman also) which in its original state would wipe out anything on the map in one cast.

Anyway i love this game. love modding and i love seeing what not just us dunedain rangers have done but also the half-lings have made who have discovered this gem of a game:)

But i couldnt have done it without the patient help of the guys and gals here. Thank you, it sincerely is one of my proudest achievements and you made it happen:)

Well, it has been years now since I've been here, but of late ive had many a person comment on the videos I made on the mod BFME2: Arcade Edition on Youtube. Thought i'd come back, say g'day and see if any of the old crowd is about:)

always loved this community, one of if not the best.

in case anyone doesn't know, this is the mod:

#416952 Brief Description on what the Arcade Edition Mod does

this particular mod throws out all the convential rules of abiding and non-abiding factions, heroes, ways to make money etc and opens the game up almost like a playable cheat code. Every good hero from all 3 factions is available from each good fortress, the same is for the evil sides also. there is also an additional structure each side can build to train MORE heroes that fit outside what the normal game had designated. this includes custom made heroes as well including Smaug (the dragon from the Hobbit) and Isildur (in ghost form).

in conjunction with the heroes any passive abilities which showed up on the palantir as a non-pressable button have been replaced with something the hero can use. the remaining slots which may or may not have been filled are also filled. so characters like Boromir who really had nothing to offer now do. All heroes are maxed out at level 10 immeditately so you can take full advantage of their powers.

each of the builders has a toggle button in the palantir so you can switch between different building commandsets. the normal builders can build the additional hero structure, then flip to a menu to build any of the lairs that you normally find around the map. there is an additional builder called the Mage Builder located in the fortress menus. and speaking of fortresses...

the fortresses now have a toggled commandset which gives you access to heroes, multiple faction builders etc. they also come with 2 powers you activate to help protect the fortress if you find 4 brutal armies converging on you with threatening speed. i wont ruin what they do but just check them out. quite fun.

all structures have been increased in health and given an auto rebuild. this means that as soon as an enemy stops attacking a building, it will autoheal. this takes the pressure off buildings being slaughtered by simple archers etc. also structures such as battle towers, resource buildings like farms etc, and statues all give additional command points. some of the buildings the mage builder can construct also weigh in with hefty command point bonuses.

other great features are buildings which house all the spellbook spells plus some custom new ones so you dont have to rely on you acquiring the experience to purchase them. you can also build custom hordes whereby any hordes that a faction had can now be built as a single unit, then by grouping a bunch of units together you have your own custom horde. very basic and not 'exactly' a true custom horde but its close enough to having the ability to do what you with. theres also another structure which can build any of the good or evil (depending on ur side choice) units and or monsters. this can completely bypass building structures all together.

keep in mind this mod works around the game. the cpu will still build everything its meant to and attack the same way. you can yourself play as you would if the mod wasn't present at all. The Arcade Edition is all about choices and if they are there when you require them, they are.