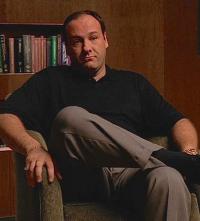 Johammed hasn't added any friends yet.

I've been trying to replicate certain aspects from "map good moria" (The Good Campaign) in hopes of improving my own Hero/Dungeon maps.

To start off I attempted to turn the Moria map into multiplayer. I got everything to work, from beginning to end, as a 3 player map (each with 3 members of the Fellowship under their control). But there's still one little detail bugging me and it's the final Boss Fight: The Balrog of Khazad-dûm.

I can make the Balrog spawn in the same way they did it in the original map:

Once the Balrog has spawned he walks towards Gandalf instead of following the little "Dance" the scripts tell him to use.

He's supposed to stand still for a moment, ignite, scream and so on...

I can still finish the mission by killing it like normal, but he never uses a single ability, he just beelines for Gandalf and smacks him with the sword.

The timer 'Balrog_Ability 1' is supposed to start a chain of scripts telling the Balrog to do different things.

In the Team Builder there is a Team called 'Balrog'. I'm guessing the summoned Balrog isn't a part of this Team?

My question is, how can I make the SpellBookBalrogAlly join Team 'Balrog' in order to fix the scripts?

Spawning it in without the crazy Balrog effects is not my goal here, these are the kinds of effects I want to keep in order to improve my maps.

I can join any hosted game and connect with all players. My port is fixed and everything works like it should.

Haven't had a single problem connecting with any individual player when I join another host.

When I myself try to host a game, other players can't join my lobby at all.

They get a message along the lines of "Can't connect to host".

I notice I have 2 choices for my Online IP in the options menu, don't know if this affects anything?

Like I said I don't think the problem has anything to do with the Port FW, as it works perfectly during any other lobby I join.