17 replies to this topic

Alright, since the release of the SDK we've not actually accomplished too much, our main coder and mapper has smashed his computer and is getting a new one at the end of the month, and our secondary coder has turned violently ill with some ravaging virus from the north pole!

However, that leaves me with these 2 improvements to previous models/skins that i've been working on lately,
we're also working on the Wraith anims which might get done this weekend.. So we might have some extra goodies for you by then.

Anyways, here's the two new improved versions of the Necron Warrior and the Imperial Guard Guardsman. 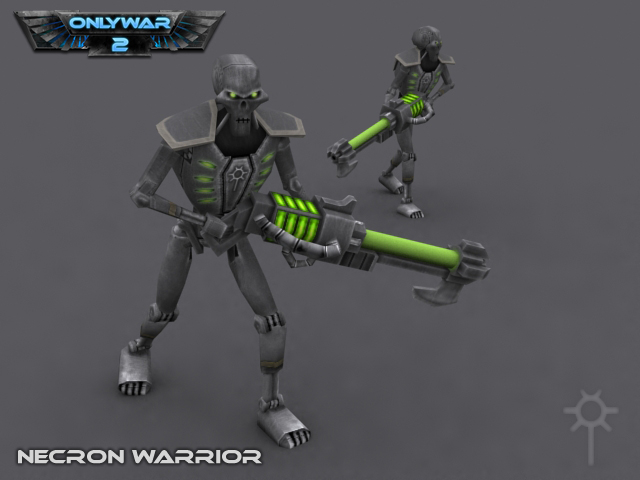 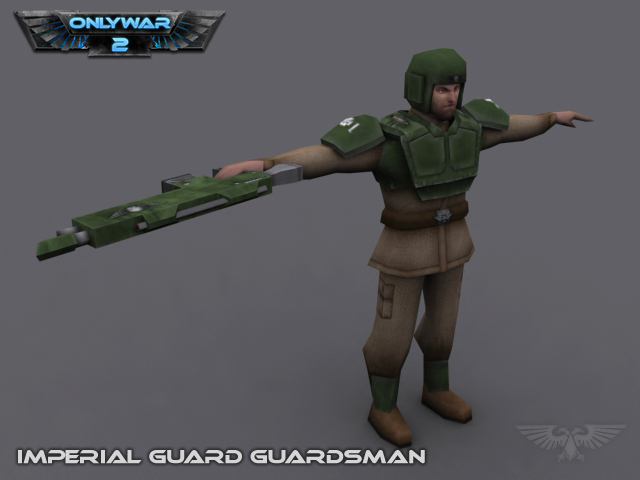 Until next time, Emperor Protects.

Wow, those are awsome.

Men who do nothing but dream should just stay in their dreams forever !!!!
Be Afraid Rodger Smith this dream isnt going to end till i bring your life to a end !!

hopefully your coders will be back soon

if not then they shall feel the wrath of the Emperor

The violently ill coder would be me (I did make the Guardsmen model though, so I'm just a secondary coder!

). I was sick like 10 times between thursday evening and friday morning, better now though.

As for our supposed main coder, Cal, he hasn't even done any modding in CnC3 because he's been too in love with his Wii! Lets all use this thread to make him feel really bad at abandoning us and emotionally blackmail him to return to Boomer's slave dungeon

Oh, and DLOTS, if you like it now wait until you see it ingame

. A thing I've realised is that with normal maps and the lighting in the engine, things often look better ingame than in a render. And the Warrior will be shiny, which should look fantastic. Duke will be animating that soon too, and he's already started on the wraith. It's all good!

We must cleanse the Wii heretic

we could just smash his wii into tiny tiny bits

and then throw pennies at him

no point in wasting money..

we could knock him out and then kidnap him

You'd have to find him first..

well actually, his computer is dead and he's getting a new one soon so... lets not blame the wii

I allways blame the wii

I can't blame the PS3 because nobody has it

How dare you blame the wii!!!

The wii is holy, the wii is sacred!

It is also to blame, but that is irrelevant!

Anyway, I did a bit of coding earlier and remembered why I spent so much time on only war, it's rather enjoyable... I need to fix my fucking pc and get back to work!