After watching this amazing cover by a heavy metal band, I wish Metallica could take a shot with this cover, and.... some people are comparing the lead singer to comedian Howie Mandel!! He sure looks like Howie all right.

...but still my favorite cover of that may be from Bananarama (all youtube videos relating to that are gone):

That is a fantastic cover, which is kind of a shame because everything else original Disturbed have done pales in comparison.

You can just shut it off when it reaches10-2.

And a bonus song, just for you.

One of the more tender songs from Nick Cave & the Bad Seeds.

And another more driven one.

Bear is still doing some nice soundtracks. If  I've figured out that he did the soundtrack on 10 cloverfield lane, I might have gone and seen it.

Phil. depends, that sounded like some old school stuff. Of the electronics/'trance' I usually listen to Infected Mushroom, which last album was a bit more chill than pumping. More psy-trance/progressive than your run of the mill conventional bass-drop climax music:

On the topic of Nick Cave I've got little to no experience. What's the essential Nick Cave?

Edit: Found a nice eerie music video to Aurora's 'Murder Song,' which she performed at last year's Nobel Peace Price concert. (Also, had to wrap 'Murder Song' inside something to make it sound less devious than it is

(Oh and also, pasidon's two hours of final fantasy music needs a listen, I guess. Started on it now at least.)

Heard this in a Miami Vice episode, another rare 1980s electronic song:

Here's a higher quality version of the same song:

I wish this would have been the official song of the Diablo game series:

Damn, Offworld Trading Company has the same composer that did the music for civ 4, and Baba Yetu.

Time to Perturb once again.  Perturbator's Uncanny Valley has just released, and it's apparently uncensored. 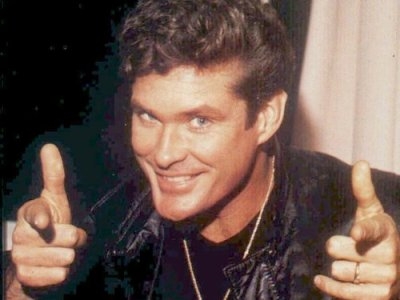 Two days in, I can't (and don't want to) get Deftones out of my head.

I thought this might have been Psy's best music video so far, but however it's underrated and underviewed (among-side Daddy, Gentlemen and Gangnam Style):

Also as a late tribute to the late Prince of Pop (can't seem to find a way to embed Dailymotion videos -- don't bother with YouTube video links for these; they'll get deleted too soon):

I didn't even know Dailymotion was still a thing.  They're a bit outdated, as the way goes.

Here's another golden hit from Zombie Hyperdrive.  Explorers is likely my favorite piece from them since the music tells an amazing story, using just a snippet of short dialogue.