35 replies to this topic

You might have thought that we'd shown you all of the changes to Mordor. Well, you were wrong! We have enough stuff for one more update to the Dark Lord's armies.

Shagrat and Gorbag are two interesting Orcish characters that we have added to provide some heroic flavour to Mordor's early game. No longer will you have to sulk as your friends prance about leveling their early-game heroes while you're stuck capping points with a somewhat boring corrupted hobbit. Of course, you can still do that if you like. I won't stop you. 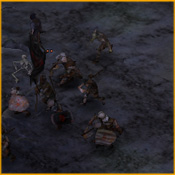 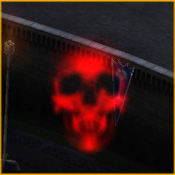 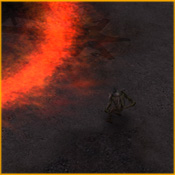 Gorbag is a weak early-game hero with a focus on abilities instead of direct combat. He starts out with Kick, which is a simple melee attack that knocks a unit on its backside. At Level 3, he gains the passive Greed ability. This gives his strikes a secondary effect - if he attacks a resource structure, its production will be decreased significantly for a short amount of time. When combined with his stealth ability gained at Level 4, this makes him an excellent raider. Once Level 6 is reached, he can apply his skills to friendly structures - Forced Labour increases the production or build speed of a target building greatly for 30 seconds. However, this breakneck production speed also damages the building over time, so don't use it on front-line structures or even ones with low starting health... 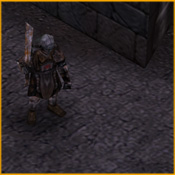 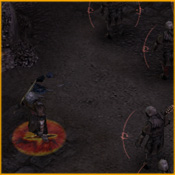 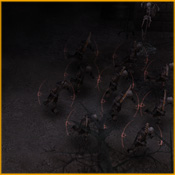 Shagrat is Gorbag's tougher cousin, preferring a brute-force approach. He has a good amount more health and does more damage. His initial Loyalty to the Eye ability gives him attack and armor bonuses when near friendly structures, and he provides useful leadership to the Black Uruks of Mordor at level 2. Eventually, at Level 5, he can use Get 'em Lads! to summon two hordes of Black Uruks for some help in a pinch.

Next update, I'll start releasing information on another faction!

I really like the creativity of the forced labor ability. Great work as always.

Can't wait to play with this awesome mordor

You think this is awesome?

*building up exitement for next update*

*and adding pressure on Nert

Great work, i can't wait for the next update!

Just keeps getting better and better. when will it end, just brilliance! Mordor Brilliance.

Wow ! that's becoming better and better ! I have a question : with the host of news heroes , will Mordor be unbeatable against Dwarves , because of their winged steeds ? Will have other counter units against them ?

The Dwarf Archers have always got a double damage bonus against flying units, which increases to triple damage when they're upgraded. So they've got quite a counter.

Thanks for the reply! How can you create such detailed units ?

Nice to see so much progress

Looks amazing. Out of curiosity, can we expect to see Merry and Pippins' armor upgrades implemented?

Looks amazing. Out of curiosity, can we expect to see Merry and Pippins' armor upgrades implemented?

Who will the next update be on?
Rohan, Gondor, Isengard, or Erebor?
And when?