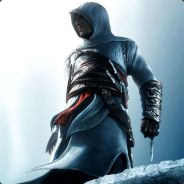 For those of you who don't know or forgot, it's a total modification aimed to transform everything from EA's shooter, Battlefield 2142, into an RTS game using the CNC3 engine. We've received tremendous support from users all over the net since we took the project out of deep freeze, achieving over 30,000+ views on Moddb, and landed rank #6/11042 mods registered there! Thank you for all of your support!!

This is one mega update to make sure CNC Guild users can catch up with what we've been doing! So, without further ado, here we go!
We hope you like them! Hello to all friends and visitors (:

Hi - I suppose I'll need to reintroduce myself all over again.. my nickname is derek328, and just about 2 years ago - the two clans that I manage, [CPH] and [PDNT], decided to collaborate on a total conversion mod for EA's RTS game "C&C 3". Our project, is Command & Conquer 2142.

For those of you who're big fans of EA's "Battlefield" first-person shooter franchise, you'd know exactly what I'm talking about. When Battlefield 2142 and C&C3 came out just about the same time in 2007, there are many of us who're totally in love with the setting and idea of BF2142, but often put off by things like random crashes, punkbuster errors, laggy servers, so on. And since all of us clan members also happened to find real-time strategy games pretty exciting - we decided to port BF2142, in its original flavour, to the C&C3 engine and play it as a strategy game.

Even though we've never actually released anything (besides raw renders and concepts), our modification has already received numerous awards from community websites around the world, for instance the "Most anticipated modification of the month" from Germany (we really couldn't have figured out what they wrote without Google translator!..) Our project portfolio & website have also served the highest number of visits at the time, I still remember we had over 800 views in the first week alone! (www.cnc3.net, we could never thank you enough for hosting us). And with the help of EA (who granted us permission of "stripping" BF2142 and porting it to C&C3) and many other generous (also motivated and VERY talented) forum visitors, I'd say our project was almost 30% finished in a mere 6-month period.

But then duty called.

Many of us in the original team who helped start the project had to go. We all simply had different things to manage in real life.. for the most of us, it was high school examinations and university applications. And with those things clogging up all of our "free time" afterschool, we had no choice but to "freeze" the project.

It's been 2 years now.. and believe me, all of us clan members still talk about this modification every now and then. From the first day we sat down to talk about this project on our school bus, C&C2142 is something all of us are proud of. It's really quite an achievement for us, high school kids back then. We've been looking at your comments, and now that we're all in university, some of us even thought of getting this unfinished project in gears again. Sadly, it's really been too long.. CNC3 and BF2142 are released so long ago, their respective sequels are coming out soon. We just find it really hard to kick things back into gear if we don't have the same momentum we enjoyed before.

Essentially, even though we really want to get this project up and running again - we don't know how to. I was just gonna keep this entire note to myself, but seeing how people still visit our profile after it's been frozen for 2 years.. I just feel the need to give you all a full explination of what is going on. Of course, nothing is impossible.. if any of you just happen to have an idea in mind - I'm happy to do what the team and I've been doing when the project was on.. we'll take your idea into considerations, and if we think it works out too, we'll do it your way. With credits to you and everybody else who suggests similar ideas!

Thankss for reading this.. I know it's one hell of a long update, but it's just something I reaallly wanted to get off of my chest and tell you guys!!