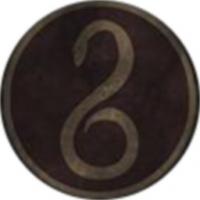 I have dramatically matured since first registering to be a member of these forums, now that I am in my 20's and no longer in my teens. I am currently an honest and simple human man who enjoys drawing, writing, cycling, grilling, swimming, and making new friends.

Basically, I am a homegrown Connecticut guy: I was born in Derby, was raised in Cheshire, am living in Andover, am working in Hebron, will be driving-licensed in Willimantic, will get my Associate's Degree in Computer Game Design in Manchester, and will get my Bachelor's and Master's Degrees in Digital Media Design in Storrs.

My motives for joining Revora Creative Network are the same as my motives for aspiring to a College Degree in DMD: because I am immensely good at graphic designs and 3-dimensional illustrations.

When it comes to my morals and ethics, I am a Non-religious Deist who plays life by 5 very simple rules:

Along with this, my politics are all about expanding civil liberties and abiding by federalism and promoting a market economy. On immigration, I tend to be largely about freedom of movement and I want to Limit the nation-state's activity to regulating Naturalization and Leave all other immigration issues to the regional states. And lastly, I favor a foreign policy of unilateral free trade and proactive self-defense, and a standing army that's all volunteers.

I have a lot of familiarity with Citadel Colors! I wonder what the people of this forum think of the recent Citadel Color app that Games Workshop recently made for Android and other phones' operating systems? Also, has anyone tried mixing one color with another to get a custom color? Because I did that with a 3-to-1 ratio of Purple-to-Red to get the Wine-like color I wanted for the "silk" parts of my Easterling miniatures.

In Topic: Does anyone feel that 2020 is the end of the world as we know it?

But occasionally, I will talk of something Non-LotR.

No, 2020 is not the end of the world. It only feels that way because we have a press that's uniformly biased in favor of the aptly-named Scarcity Mindset. As for a person like me that abides by the Abundance Mindset, I believe that the world is doing better than it ever did anywhere in the past. Get ready for pleasant realities that nobody in the press reports on.

Take past pandemics, for example. Historically, it took us many years to find a cure for each one, from Bubonic Plague to Polio. Now, HIV and AIDS have been cured in much less time than it took to cure Pre-2000 pandemics. Therefore, I am convinced we will cure COVID much faster than we cured either of HIV or AIDS. And that's to credit marked advances in scientific inquiry for.

Next, I will go to relations between people of different demographics. In free societies like America, Australia, New Zealand, the UK, Ireland, Sweden, and so forth; people are the most respectful they've ever been in World History of racial and religious minorities. I should know, I'm an Irish-American and an atheist who respects people whether they look and believe differently from me or not.

One more thing before I receive and address any replies: Social orders of Tyranny and Bigotry are losing ground routinely to Social orders that combine Liberty with Equality. If you think about how many nations could be fairly called "free societies" now versus 80 years ago (1940), you realize how much better the world is getting on a routine basis.

And that's all I've got for this topic, unless people want to reply to this comment of mine.

But occasionally, I will talk of something Non-LotR.

In this thread, I will talk about my favorite music band: Disturbed, a groove metal band whose songs, for the most part, really connect with me.

And here are some examples.

And I will leave this thread with that.