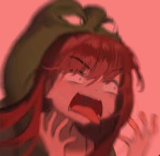 So from what you're saying about tier 1 units is that "just mass your super units"?  Is that really all the depth the game has?  No point in your cheaper or earlier options?

I dunno, i find focus-firing T3 tanks with Archers tends to kill them very quickly. Like "poof and gone" quickly.

Also why was elite nerfed?  That baffles me, RA2/YR used that as one of it's primary features to distinguish itself from other series.

Because, unlike RA2/YR, spies are a common thing in multiplayer, and getting one spy into a War Factrory shouldn't immediately mean end of the game. Thus, veterancy got nerfed.

This mod is not RA2/YR, and the point of making units less effective against certain targets was to prevent One-Unit-To-Win-Them-All scenarios (although i guess one could argue that certain units for certain factions still fall into that role). I also disagree on basic infantry being bad, they are used thorough the entire game in multiplayer, unlike RA2/YR. Especially anti-tank/air infantry. Only Soviets tend to have "bad infantry" problems.

If you want to know what is good against what kind of target, unit profiles on MO web page roughly (although not perfectly) provides that information.