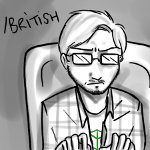 After the success of the demo, I have decided to move forward with a public beta phase, released via update to the Steam version of the demo. This will introduce the full set of galactic conquests that are currently work-in-progress. You should expect more bugs than the demo version, but also many more opportunities to try out new parts of the mod.

Poor performance in some GCs

Fixed some weapons not firing from muzzles correctly

Please report bugs here or on the Steam discussion page.

A new set of bugfixes and other improvements has made its way to the demo, both on Steam and ModDB.

The 2.0 demo has been updated with numerous bugfixes to improve the experience for players. Download it from ModDB. Note: the Steam workshop has already been updated with these fixes as they were made. Changelog

After 5 years, we finally have v2.0 of Phoenix Rising ready to demo, with the Operation Skyhook Campaign.

Experience the lead-up to A New Hope from both sides of the Galactic Civil War, as told in the Legends universe

Selection of missions provide guidance in the early stages of the campaign. The later stages are up to you!

Command the Rebel Alliance from hidden fighter bases, striking against Imperial convoys and trying to discover the location of the Death Star construction site

Lead the Galactic Empire to victory, protecting the Death Star and crushing the Rebellion across the galaxy

The Galactic Empire is recommended for first time players of Phoenix Rising.