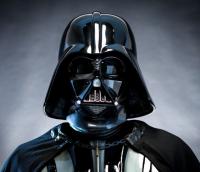 Just a Kid trying to figure out How to Survive Life. I'm an amateur Writer and Poet, and I enjoy gaming and reading.

hxazgalor hasn't added any friends yet.

First of all, I hate how sometimes I press Backspace while typing, only for the whole darn page to go Back. Like no, stop, what are you doing???

Anyway, I can understand why Divine views the Foehn as the Mary Sue faction. While it is the 1980s, let's not forget that the Allies already had chrono technology at their disposal waaaay back in the 50's, a.k.a. the Second Great War (if MO still follows that timeline, since it's now set in 1982 - 10 years later than RA2's timeline). It shouldn't be surprising that, with such amazing leaps in technological development, the Allies would be able to start on many other futuristic technologies that would greatly benefit them (and we're not just talking cutting-edge wargear). In that time, they would be able to develop microprocessors, lasers, advanced targeting systems, robotics, improvements to chrono tech (i.e. the Chrono Miner teleporting back to the refinery to deposit its harvest, Charon Tanks literally erasing enemies, etc) - just as human progress has brought us this far IRL.

For Foehn to suddenly have so many superior technologies at their disposal, it does seem a bit far-fetched. Industrialization and scientific progress is still stymied by the limited understanding of human intelligence, up until they begin connecting the dots and having that "Eureka!" moment. Nanotechnology would still be but a dream to many scientists: we can definitely miniaturize computers, they'll say, but to make it work at such a dramatically minute scale? Impossible! (Of course, we know it's not, but inevitably there will be skeptics) And the basis for much of Foehn's technological prowess comes from their understanding of nanites and how it can be used to drive the development of out-of-this-world technologies that were once thought impossible. Of course, nanotech isn't Foehn's deus ex machina. Other technologies would have been in development, too, but to be able to weaponize plasma? Have nanites that could strengthen building durability or consume people and convert them into usable materials? If you talked about these things to a scientist back in the 80's they would have laughed in your face.

Until we get to know the Foehn's complete story, we'll never know how they got so far in such a short time. We know the Jackal and the Harbinger have been in development for a long time, since they've been seen in Act I/mentioned in their backstories. But when did the Foehn Revolt appear? When will they appear? Right now, speculation is that Foehn might appear while the Allies and Soviets are busy battling Epsilon, or if not, maybe after the disastrous Battle for Antarctica. Until a clearer backstory is given as to how they possess such technological superiority that rivals even the Allies' own, it would just seem odd that they (technologically speaking) outgun everyone (but that doesn't immediately make you invincible) in such a "short span of time" (not the emphasis; imagine Dr Evil emphasizing these words with that silly finger waggling thing he does

Out of curiosity, would the developer team be interested in someone helping flesh out/improve their unit descriptions on the site, as well as touching up the mission dialogue and objectives scripts? I can work on these things for you guys whenever I have free time.

Looking forward to hear from you guys

apologies in advance if I may have offended anyone with this