D-day once again returns to Japan but this time for their post-war sub-faction the JSDF and their new defensive structures.

To see more information and photos of these guns click on the images to go to their Wiki pages. 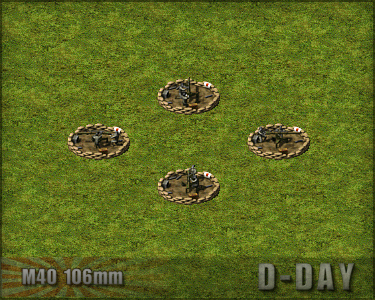 In 1944 the US Army developed their first recoilless rifle the M18 57mm, impressed with the design work started on larger 75mm and 105mm versions. The M20 75mm was deployed in the closing days of the war but the T19 105mm was still in development when the war ended and was soon after cancelled. With the outbreak of the Korean War the M18 57mm and M20 75mm recoilless rifles struggled to penetrate the armour of the North-Korean T-34/85 tanks, so work on the larger 105mm version was restarted and the T19 was rushed into production as the M27 105mm in 1950. Once deployed into the field it was found that that the M27 suffered from reliability problems and several other issues, so work on an improved version was started. By 1952 all the problems had be resolved and the M40 106mm was put into production. The M40 was called an 106mm weapon but it was really 105mm, this was because the ammunition for the M27 & M40 looked nearly identical but was not interchangeable between the two, so to help differentiate them the M40 and it's ammunition was classified as 106mm. The M40 went on to became the standard anti-tank weapon of America and it's allies, the M40 has also been mounted on many different vehicles ranging from Jeeps to tanks. 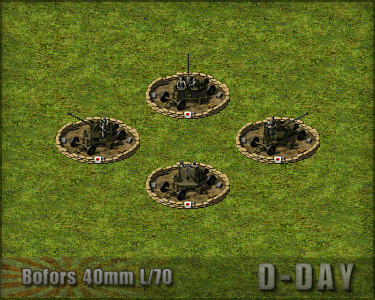 During WW2 the Bofors 40mm L/60 was the standard anti-aircraft gun of the Allies, being used on land, sea and air. With the advent of the jet age at the end of the war the venerable Bofors started to struggled with the increase of aircraft speeds. To combat this Bofors designed a new version with a longer 70 caliber barrel, an electrically powered carriage and a new lighter and more powerful ammunition. These changes nearly doubled the range and rate of fire of the weapon and in 1953 replaced the L/60 model as the standard Allies/NATO weapon system. The Bofors 40mm L/70 was also bought by many different countries around the world and is still in widespread use today. 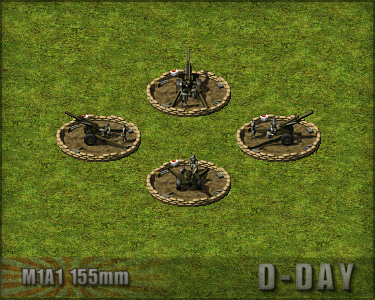 At the outbreak of the war in Europe the standard American 155mm artillery weapon was the ageing M1918 155mm which was built during WW1, with the threat of war looming a replacement was desperately needed. Work on the new 155mm weapon was completed in 1941 along with a 4.7-inch gun which used the same carriage design. In 1942 it was accepted at the M1 155mm and fought throughout WW2 on all fronts. It continued to serve with the American army in the Korean war and then the Vietnam War, eventually being replaced in 1978 by the M198. Over 10,000 M1, M1A1 and M1A2 where built during its 12 year production run and was sold to 35 different countries around the world, some of which are still using them today.

Also tagged with one or more of these keywords: d-day, japan, defences