I'm back with more D-day news and this time the French are getting some love with a completely new set of defences.

My main source of inspiration for these defences is the Maginot Line of bunkers along France's border with Germany and Italy. The Maginot Line was built in the 1930s when tensions in Europe started to rise. It was the largest defensive network ever created and much of it still stands today. In order to represent the Maginot Line and give France a unique gameplay feature, their defences can be placed near each other to create indestructible walls that can only be removed by destroying the defensive structures. This give a French player the ability to create complex and unique base fortifications. 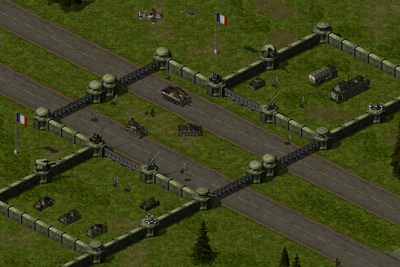 For animations, photographs and more information click on the images to visit their D-day wiki page. 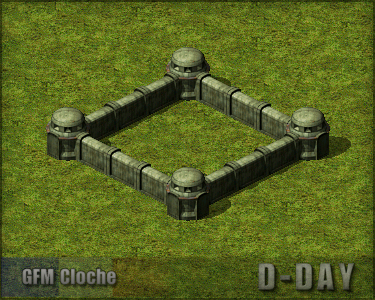 The GFM Cloche was a heavily armoured machine gun post used on the French Maginot Line of defences. Over a thousand of them were built and were used on the roofs of the every bunker along the defensive line. 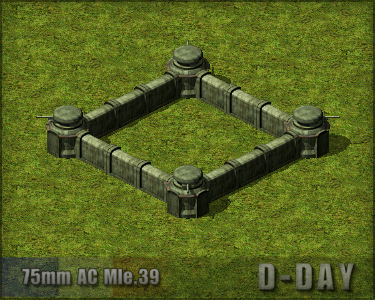 The 75mm AC Mle.39 (aka 75mm TAZ 39) was an anti-tank weapon designed during the opening stages of world war 2, it was hoped that it would replace the ageing 75mm Mle.1897 field gun in the AT role but only a few prototypes where finished before the armistice and all development was stopped soon after. Like many AT weapons of that era it was a modification of an anti-aircraft weapon, the 75mm CA Mle.38. It was fitted on a new type of 3 legged carriage with the gun fitted on a rotating mount, giving it the ability to turn 360o without moving the carriage. The 75mm AC Mle.39 was also designed to take advantage of a new type of ammunition that was also being developed at that time by Edgar Brandt. This new round used a discarding sabot to fire a shell at increased speeds. As France began to fall Brandt evacuated to England where he continued his work, helping to develop an armour piercing discarding sabot round for the British 6pdr and 17pdr guns. Today the APDS round is used as the standard anti-tank round in all modern tanks. 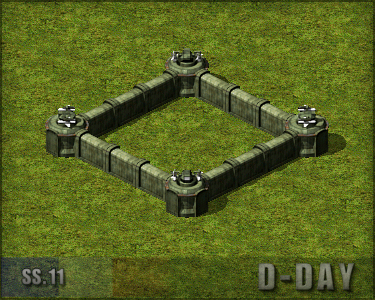 The SS.11 was a French wire guided anti-tank missile designed in the early 1950s. It was a further development of the SS.10 which was a smaller missile primarily designed for use by infantry, the larger SS.11 was instead designed for use on tanks, aircraft and ships. It saw widespread use by NATO forces, as well as numerous other countries around the world and on many different vehicles. The most notable though is the Alouette II which with the SS.11 became the first ever anti-tank helicopter. 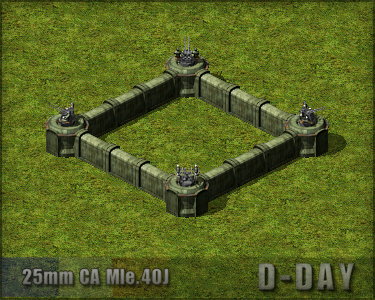 During the early 1930's Hotchkiss developed a new 25mm light anti-aircraft weapon, their attempts to sell the design to the French Army and Navy failed though, they instead preferred a 37mm design being developed by Schneider. They managed to find some interest on the export market from Romanian and Spain, Japan also bought a licence to produced it as the Type 96 25mm. With Hotchkiss's success on the export market and the delay of Schneider's 37mm weapon the French Army and Navy decided to also order the 25mm CA. By the time of the German invasion of France in 1940 only a limited amount of the 25mm CA where available, most were taken from the production batch originally meant for Romania. After the armistice limited production continued under the Vichy French and Romania finally received its weapons in 1943. 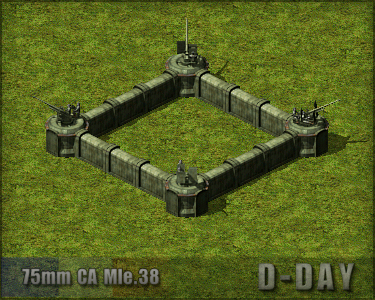 The 75mm CA Mle.38 was a medium anti-aircraft weapon designed by Schneider. Work started in 1928 by modifying their famous 75mm Mle.1897 field gun on to an anti-aircraft mount, by the design was finished in 1932 and testing started. Schneider continued working on the design though and finish a new improved model in 1936, it entered service in 1938 and was used during the German invasion. The Swiss also bought several of them before the war, designated 75mm Flab Kan 38. 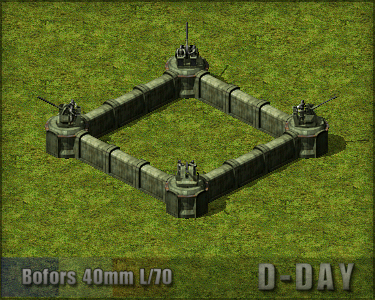 I covered the history of the Bofors 40mm L/70 in the last news post with the Japanese version. I wont repeat myself so if you didn't read that post you can click on the link above to go to D-day wiki page. 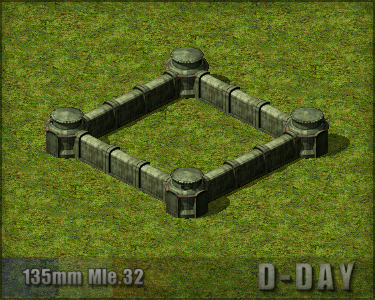 The 135mm Mle.32 was the main heavy artillery weapon used in the French Maginot Line of fortifications. A pair of them were normally placed within an armoured retractable turret on top of an ouvrage, some where also used in fixed mounts within the forts. The German plan for the invasion of France bypassed the majority of the Maginot Line, some small battles did take place though. During which the 135mm Mle.32 proved to be an effective weapon at defending against the German's advance. Several ouvrages and their 135mm Mle.32 weapons have been restored and are open as museums. 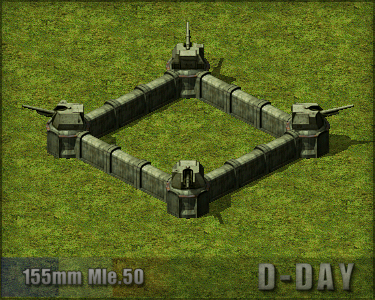 155mm Mle.50 was a French artillery gun design in 1950, it served as the main artillery weapon of the French army for over 30 years. Originally designed as a towed weapon it was also mounted on various tanks to create self propelled guns. Several other nations bought the 155mm Mle.50, the main ones being Switzerland and Israel, Sweden also bought a licence to produce the gun as the 15.5cm haubits F. Most countries have replaced it newer weapons but a few are still being use in Syrian today. 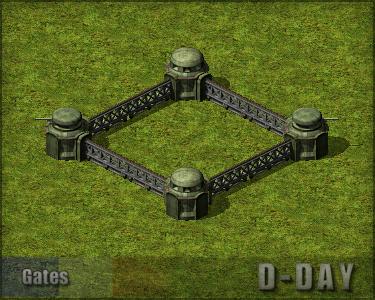 The Gate is used to allow allied units access to fortified areas while providing defence against enemies. The design is based on rolling anti-tank barriers used in the Maginot Line.

Is it based on laser fence logic?

Yes they use laser fence logic, but don't require power so they are on all the time.