YR Red-Resurrection is back baby, with a swathe of new units, Confederation buffs, new maps, AI improvements, graphical improvements, bug fixes and more! Check out a brief trailer below, showcasing some of the changes.


And that's just skimming the surface! To go into a bit more detail, let's take a look one of the coolest additions - the Vandal Scraptank. 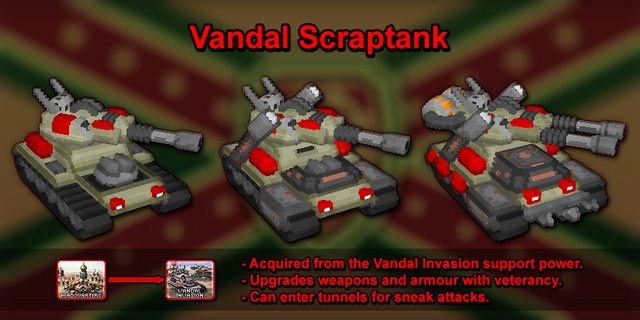 A new tier 4 'monster tank' for Confederation, this beast is only available from a support power attached to the Revolutionary Headquarters. It only costs $1500 to spawn 3 of these bad boys, but before they can become too powerful they have to earn some kills! With each veterancy level the tank attaches more armour and weaponry, eventually becoming a formidable weapon that can turn the tides of battle.

Furthermore, navy has seen a number of additions to make that lacklustre area of combat more interesting. Both factions now get repair ships - the Rig and Lifeboat - as well as helicopter carriers - the War Turtle and Crocodile. This to add another layer of combat, where anti-aircraft can be a requirement and to help mixing of different unit types. 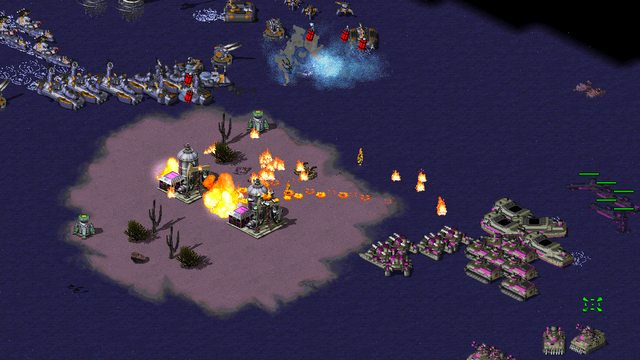 Moreover the Gunboat has been replaced with the Minisub, making early game engagements potentially more interesting. All pre-existing vessels have had balance adjustments as well.

Of course there are more new maps as always, ranging from 1v1 to 3v3. Here are a few examples: 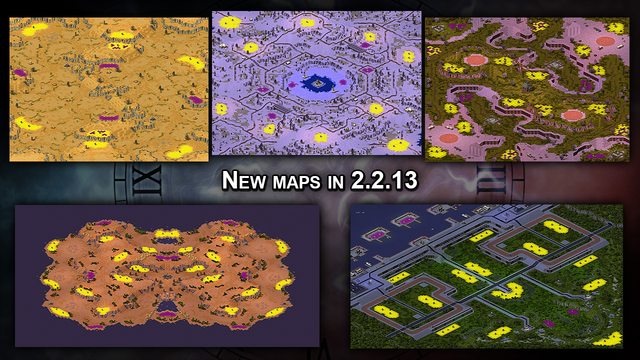 Remember you can always join our Discord for active discussion and first-look at every upcoming patch, as well as organise games online!