And most importantly... THEODEN WAS NEVER AT THE BLACK GATE. Theoden should be dead, end of story.

The campaigns assume everything happens perfectly.

There, that should explain everything ... It's a "What if" scenario.
The plot-line isn't meant to follows the books or the movies. (At least not strictly)

Boromir was nice in Helms Deep because of his attack but he was never op. You have so many powerful things at the black gate that you can simply cycle; eagles, wop, aod, ents, in this mod 3 different cav summons(Rohan normal summon, Theodens summon, and who is it Gama?) every good hero including a second aod from Aragorn
unkillable rank 10 Gimli, four sniper heroes (Haldir, Lego, Faramir and crap who is it... the Rohan guy.)

I got an idea, make another level like Mirkwood's Dol Guldar but put a little fake Barad Dur on the mount doom level. Make it like an rts ending differing from the movie in where it ends in a large attack on the enemy. You could start with Gondor, then get Rohan in a few minutes and in the middle of the largest part of the enemy attack have the elfs come and help. You could play the elven alliance theme again but keep pumping out orcs. I don't want the level to end till I have 20k kills apposed to the 7.5 k kills I average in the black gate. If Such a level like an attack on mount doom where possible with the elven army and the two normal armies you should be able to get epic kills. I don't care if it is long, pump out as many orcs as the engine can till it does the job.
Orcs Could attack you from every side, no bottle necks like in black gate.

Idk I honestly hardly have a clue what I am talking about or what modding can do, but I just enjoyed this one a lot. Figured I may have an idea that may not be worthless.

Well, ideas are never worthless. They're always important to someone.

Really though, your idea about an attack on Barad Dur sounds really interesting, and fun, but I doubt it'll ever be in this mod.
Or any other mod that you don't make yourself.

It's kind of a depressing prospect, I know, but most mods don't do requests. Especially not this one.

Especially not this one.

And this one is special in it's "Especially not this one"-ness.

Darth Ben, this is not our mod, not even Rob's. It belongs to Celeglin and Rob is merely finishing it because of the fantastic work that has been done on it. The only ideas that will be used, are balancing issues and tiny ideas on already existing maps. As Ganon already said, it is a depressing prospect, but I personally wouldn't want it any other way.

Hi, I was just wondering if we are able to adjust the command points? If so how. In the INI.big file?

When i start a campaign (let's say good) i click on Moria Mines(or the 1st mission).I have been waiting about 10 minutes for the game to start, but nothing.My game stays on the picture attached.I have original BFME 1. 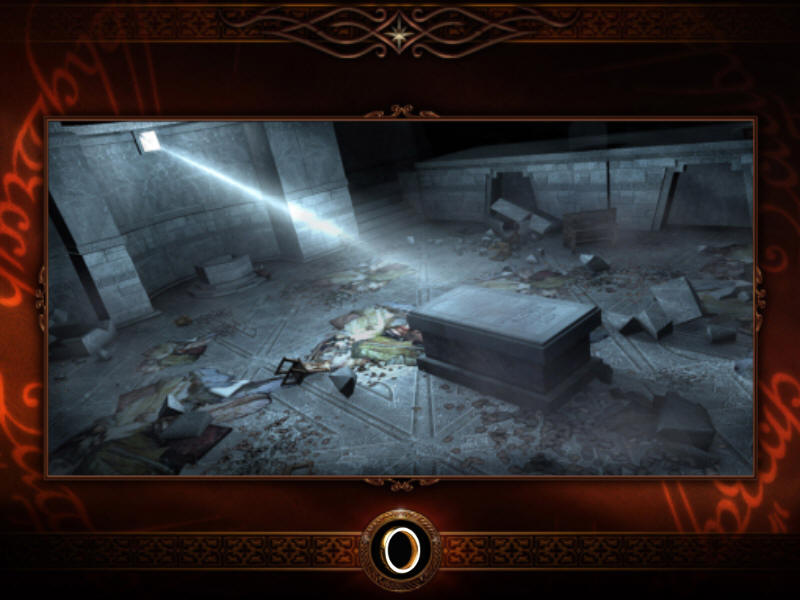 Try running the shortcut as administrator and on Windows XP sp3 compatibility settings...

Also, what patch are you on?

in my elven alliance game it says 1.03(not community eddition. i have tried that too) but i have t3a:1.06 patch

i have tried running it like administrator but failure

Ok,so i followed the instruction at the site , but when the troubleshooter wants from me to launch the program(the elven alliance BETA)i launch it,but the version is normal there is no elves faction, and there are no haldir and celeglin in lothlorien army

You set compatibility settings for the TEA shortcut and suddenly it turns into the regular game shortcut?

What exactly are you doing?

See the picture under  the number  5 at the site http://support.serif...orted-does.aspx

After that it led me to the same window but with windows compatibility mode Windows XP service mode 3 and to run program as administrator.

p.s. when i launch the movie map in skirmish (player made maps) the loading screen is the same as in campaign.(i can play movie map but not and the campaign)

Oh god-damnit Microsoft. That's not what I wanted you to do. Troubleshooter? No no.

Here, I have time now so I'll be clearer:

5) Tick the 'run as administrator' box.

See it the campaign works then.

FAILURE! I don't know i did as you wrote me.Click on Moria-Loading screen only. Maybe my game wont accept the changes?

Is there any way to disable the camera zoom options and remove them from the powers column?

Camera zoom icons again, just re-checked the new camera system – when you gain the last Power (Blessings of the Golden Wood), the overhead camera icon disappears from the Powers list. I understand why this extra has been included; to alleviate the head-down-in-the-mud feeling when returning to this game from others with a wider more expansive view. But adding them as icons in the Powers sidebar seems a bit intrusive and a counter-visual experience. Can the new camera system be disabled?

Back to The Elven Alliance Archive