Been gone from Revora for awhile now it seems... over the last few weeks i've been over at Renegadeprojects Forums, helping fellow modders and coders test and debug the up-and-comming modding patch Ares (which my mod is using). Meanwhile I have been silently making some edits all the while.

Firstly though, it's time to get some good information on what's already in the mod.

So, here's a little post on all the Infantry divisions you will be commanding as the allies in Red Alert 2: Chronostorm! 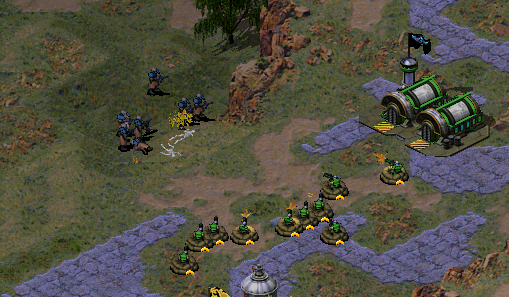 The classic grunt of the allied forces, the GI is here to stay, holding up the frontlines abroad with their sandbags and machine guns. (For reasons of gameplay balance, GIs have been made much much weaker versus buildings, and significantly weaker versus vehicles)

An evolution of the GI, the Guardian GI deploys to wield a heavy anti-tank rocket launcher, capable of chewing through the heavy armor that GI machine guns can't pierce. In recent times, the Allies have restricted the Guardian GI from firing at aircraft due to stability and targeting issues that occurred when firing at targets at high altitudes. 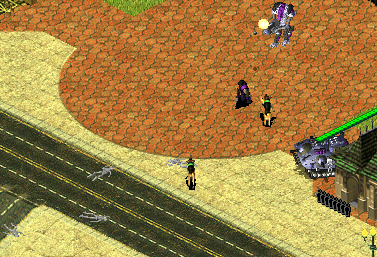 The classic scout and man-eater is on the prowl and deadlier than ever. The dog is one of the fastest units on the field, even faster than some tanks, and has been given some light armor to better protect it from bullet fire. The dog, as always, is still vulnerable to long range small arms fire. 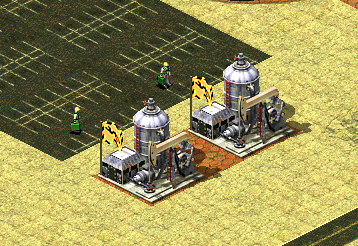 The Engineer is around as always, doing what he does best. He is useful for repairing structures, capturing structures, defusing (Ivan) bombs, and entering IFVs to repair vehicles on the go.
SAM Infantry:
Cost: $500 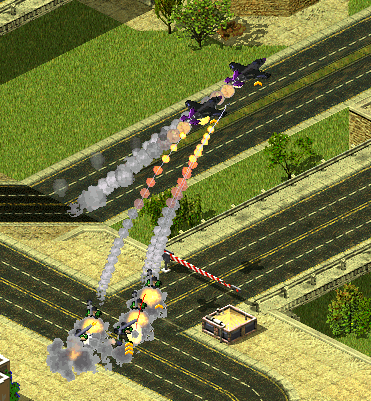 Because of the limitations of the old Guardian GI missile launcher, the Allies had to think of a new way to outfit their infantry with anti air weapons. The solution that came was a handheld personal RedEye SAM launcher. This missile is much more accurate and stable when firing at air targets, and is much more likely to hit and do significant damage. However, the cost of this outfit is that this infantry cannot attack ground targets. 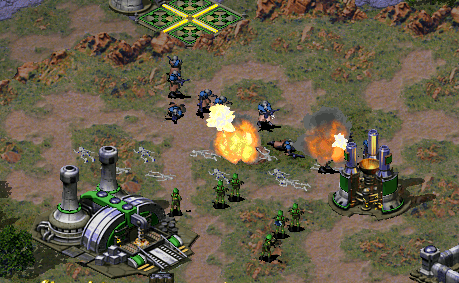 As enemies have began to become more heavily entrenched in urban combat buildings, the Allies have had an increasing need for a heavy anti-infantry trooper that could run in and clean them out. Thus came the Grenadier, a classic medium to clearing out heavy fortifications. These close range heavy troopers are incredibly powerful against all infantry types, and can withstand much more damage than other weaker infantry battalions. When the grenadiers close the distance, no other infantry is a match for them.

Effective at clearing infantry out of Urban Combat garrison structures (A new feature of the Ares Patch)
Strong versus infantry and structures, weak versus heavy vehicles and aircraft.
Prism Trooper:
Cost: $1000 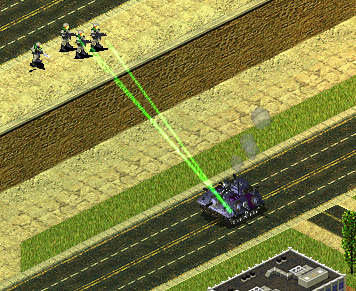 A brutal tank cutting machine, the Prism Trooper is the solution to nearly any enemy vehicle threat. Armed with a state of the art Prism Laser Amplifier, this soldier can fire a beam that sears straight through even the heaviest of vehicle armors. This one-shot discharge laser will pierce holes right through armor, however it is very difficult to aim against small targets, like infantry. Because it is manually aimed, this laser is also ineffective against airborne targets, but any ground vehicle is no match for them.

Strong versus vehicles and structures, weak versus infantry and aircraft.
SEAL:
Cost: $1200 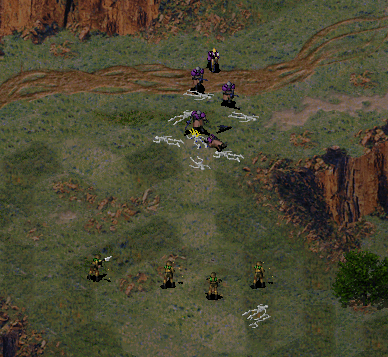 At the top of allied ranks lies the Navy SEAL, one of the best infantry commandos on the field. They are deadly accurate and armed with fearsome MP5s that can easily mow through countless rank and file. Because they use Hollow Point bullets, however, they do next to no damage with their rifles against tanks or structures. Therefore, all navy SEALS are armed with packs of timed C4's that they can quickly strap to the undersides of vehicles when the need arises. This, of course, means that they can also use these C4 packs on structures as well, provided they can get in close.

Effective at C4ing vehicles, however otherwise they can't scratch them.
Strong versus infantry and structures, weak versus aircraft.


There are a few old YR infantry I didn't mention here because they are under debate as to whether or not I will keep them in the game- Tanya might be saying Bye-Bye, so will the Chrono Legionnaire... the spy will probably be staying though.

Also, plans have been set in motion to add a new infantry... Mortar Infantry. Most likely going to be deployable like a GI and shoot artillery-like mortars at long ranges.

From now on, I'm going to try to keep a daily post going here, to get more people informed about my mod and increase awareness about it.
Stay tuned everyone, and have a look at my forum section in CNCGuild > Hosted mods. Try my NPatch teaser version and give me some feedback!

You should NEVER leave the Chrono Legionair out of RA2 an YR mods. NEVEr

You should NEVER leave the Chrono Legionair out of RA2 an YR mods. NEVEr

Nah, i decided Spies are here to stay, especially since the people working on Ares have made a whole new infiltration system that is very interesting. Now, instead of making all your vechs/infantry veteran, when you spy a production building, you will be able to see what the enemy is building when you click on the factory you infiltrated. For now, this effect will last until the end of the game, giving you a significant tactical advantage. I much prefer this to getting veteran units for balance reasons etc.

As for the Chrono Legionnaire, he may be making it into my mod, however he will not be on the allied's recruitment post. He will most likely be seen on the side of the new faction in my mod, the Avengers (a reborn Yuri faction if you haven't read up about my mod).

So from what I understand, about the new infiltration system, is that for the production buildings Ares allows you to go back to the RA era? Sounds Cool.

In that case... Can't wat to see the other sides new units

yes, that's right. Ares' new spy logic makes it just like old RA spying style, where you see the cameo of the thing they are building when you select the structure.