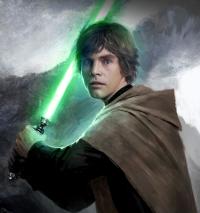 The reward is already on 1, which is the lowest possible number.. I didn't try real values but it looks like it's an integer field. The issue was that in a game yesterday, the allied Isengard player would have earned ~20 points while I as the Moria player earned ~12 points. On the other hand, the Rohan team on the enemy (who fed on my armies) had ~16. The balance between Isengard and Rohan was pretty much as intended, but my points were way behind.

I just tried to set scripts in worldbuilder and handle it there, but EA has truly made this difficult/impossible to workaround. My idea was to track in worldbuilder if Moria lost a horde of type x and if that's true, give it a certain amount of experience. But here is the problem that I can only add/subtract an entire skill point and not a set amount of experience (correct me if I'm wrong... but I didn't find anything else that looked helpful). Sure, I could keep a counter that adds 1 to itself every time a unit of type x dies, and if the counter is above a certain value, give Moria a skill point. But at this point it feels more like a bug-magnet than anything else.

So I'm left with two choices.. either make all Moria units stronger and more expensive so they are on par with FoL troops (which wouldn't make much sense), or I could decrease all power point costs of Moria's spells by a good amount. I tend to go with the second option here.

Damn this sucks so hard in regards to balance. Moria are supposed to spam, and the only one who gets rewarded if you actually spam with Moria is the enemy

So, if anyone has a fix or workaround for that, please share. For now I will have to decrease the power point cost for their spells drastically.

In Topic: AI to use Outpost Expansion Plots

Glad that it works, but why didn't you try to add BFME1's libraries to BFME2 and make them work? Or did you try that? Adding these scripts to every map sounds like a problematic solution, especially if you find an error and then have to reimport the scripts to every single map. But if the outcome works for you, then that's good news. Does the AI build upgrades?

In Topic: AI to use Outpost Expansion Plots

My first guess would be that the AI can't build immediately after the base is unpacked because while a base is under construction, you can usually not build there. So the conditions are true, but the actions can't be executed successfully, so they might get thrown away. Instead of trying to build the buildings immediately, try setting a timer instead (10 seconds could work). Then have another script react to the timer expiration, and build the buildings then.

I think there is also a script that goes along the lines of "If player can build at base xy". You could also try to use that somehow. But first I would check if setting a timer works.

Bummer. In this case I will not keep searching now because I've spent all day yesterday to try and fix it. Maybe I (or anyone) finds a clue on that in the future.