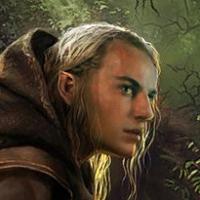 _Haldir_ hasn't added any friends yet.

You probably could edit the scorchmark textures to add in custom images. There's a limit to how many scorch marks objects are rendered by the map though, somewhere around the 200 mark if i remember right (which might sound a lot, but isn't really once you start to cover an entire map). The reason nobody's experimented much is probably because it's far easier and less problematic to either use terrain/texturing for a crater/crevasse/cracked look, or to create either a new texture, flat 2d object, or road set if you're trying to create some interesting floor features.

As for the fence tool, i've never seen it used. It's one of those obsolete tools left over from CnC, so i'm not sure if you'd be able to get it to work for BFME. You might have to look at CnC Worldbuilder/code and see. Again though, it's a lot of effort to try and make fences work, when you could just make a custom object (or set of objects).

Something that might be worth looking at is the road tool though, there's a Bridges subset containing a walkable click-and-drag type bridge object (TEST_EuropeanBridgeWide). I've always wondered whether you could substitute the bridge for other 3d objects (eg. fencing, walls, other bridges etc).

the 48fps is what is dragon its reviews down.

I see what you did there.

It's been quite a while since our last update and the release of the 0.755 patch, which we hope you're all enjoying. But even though things have been fairly quiet here in terms of public updates, don't worry! The team has been hard at work on lots of exciting new things. So in this update, we thought we'd give you a little peek at what's been happening behind the scenes, and what you can expect from the Dwarf Holds over the next while.

For those of you who haven't guessed as much already, i'm pleased to announce that The Dwarf Holds is currently working on adding in two brand new campaigns. Those of you who were savvy enough (or illiterate enough

) to venture past the "Unavailable" buttons in the mod's campaign section may have even caught a glimpse of the beginnings of a new Living World Map. Well, see below for the nearly-finished result.

Now we don't want to give away too many details, but we can tell you that there will be two Dwarven campaigns. One will follow the story of Balin, and his ill-fated Retaking of Moria. The other will take you through the War in the North, and the Dwarven battles that took place during the War of the Ring.

Each campaign will contain plenty of new maps, new units, and new spellbook powers for you to experience; and we've made sure to include a unique and interesting variety of campaign missions and map objectives for you to play through.

As i said, we wouldn't want to ruin the surprises by showing you too much of the different campaign missions, so updates will probably be fairly scarce from now on. However, we'll certainly try and give you small glimpses when we can, so here's a little sneak peek at the first mission of the Moria campaign, The Eastgate.

And that's all for this update!

Hey all!
Just a note to say that i've updated my map pack, which can be found here:

The map pack contains 19 of my maps, which are also available through the Dwarf Holds mod. Each of the maps has been converted to be playable without TDH, so that you can play them on any BFME 1 game, or with other BFME 1 mods. The pack doesn't contain my Blue Mountains or Erebor maps however, as they require TDH to work properly.


Map List:Each map has an authentic looking minimap, and loading image. Click the below images to view screens of each map.

Well with the release of TDH 0.75, i've finally managed to finish a little side project of mine, a modding tool that combines my two favourite mods: The Dwarf Holds and The Elven Alliance.
If you're like me, and you've always imagined what it'd be like to play with both dwarves and elves in BFME1, then simply download and run this installer.

As long as you have the latest versions of TDH and TEA installed, the tool will install a new shortcut, plus the necessary ini files, combined from the two separate mods. Which saves you having to download hundreds of MB worth of assets that you already have!

Below is a small selection of screenshots, and a readme with a full changelog can be found with the installer.

ianadoremos, are you seriously posing as yourself and several guests to try and make yourself look less annoying? Both in this thread, and that thread you made in the discussion forum, there's rarely been more than 5 mins in between posts by you and a number of guests who all act and talk in the same way that you do.

Well just in case it's a problem with your updater, here's another copy, give it a try: