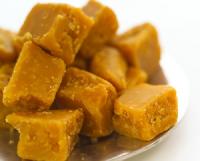 I am a mapper who is fortunate enough to have my maps put into The Dwarf Holds.

Congratulations mate! Its always a good feeling when you get a map done. I'll be sure to take a look at it later.

EDIT. I've had a look and I'm impressed. My first map certainly looked appalling by comparison. The texturing, terrain and details are great! You should definitely keep at it. I've taken a few screenshots just because its nice to see the map in the thread. Another selection of excellent maps SilverBane. You're texturing remains hugely impressive. You don't do any scripting do you?

Ah great news! These are some impressive pieces SilverBane.

I have played the Good Minas Tirith but I encountered some bugs and I have some recommendations. Of course they are just my suggestions, and the map was a really fun experience, much more focused on survival and less on destroying bases which is brilliant. I also encountered almost no lag despite the volume of troops which was a very impressive sight!

Bugs:
- The flag for the Rohan army was still visible and usable, this meant I had a Rohan army composed of units from my previous levels, and an army of entirely scripted units.
- The army of the dead and Aragorn's company arrived twice also.

Recommendations:
- Reduce the volume of catapults. There were just so many that any units on the walls are just obliterated. This may be your intention, but its just not a fun experience as the archers are basically redundant at that point.
- Maybe reduce the attack strength of the mordor orcs - I like having more units attacking Minas Tirith but its just so overwhelming that they can kill Gandalf within about 15 seconds!
- Reduce the whole time of the mission. It just felt about 5-10 minutes too long. By the time reinforcements arrived it was just a bit too late.

Congratulations Maximam. I've been looking forward to this since you announced this project, can't wait to see how its getting on!

Hey ICT. Sorry about my mental ramblings up there - I shouldn't be allowed near computers!

I'm back with more stuff mined from the corners of the internet! I decided to scour the long-defunct Gamespy for any videos/files/screenshots of BFME 1 that have since been lost in time.

This search lead me to a page on old BFME media (http://pc.gamespy.co...h/531530p1.html) which contained links to some BFME footage somebody recorded during an EA presentation in 2004, but to my despair all the links were dead! However a search of fileplanet (where the article claimed to have uploaded the files 13 years ago!) yielded the aforementioned video clips which I have stitched together and uploaded to youtube for your pleasure!

I've included the link to the page as it also has as a bunch of of old classics like the E3 demo, trailers, making a cinematic video etc, at surprisingly good qualities - https://www.fileplan.../section/Movies.

I found more footage from the same EA presentation in 2004. It covers the same missions as the previous video, except the clips are slightly better quality, longer and the UI is hidden. They were uploaded to IGN in 2004, however in the same year they were deleted for some reason? I located the files by chance using the internet time machine on IGN. Its a great display of some of the older animations and assets, especially the weird fire arrows?

There's also these 2 videos produced by IGN that somebody else uploaded onto Youtube years ago. I'm sure you've all seen them but they also show, albeit in MUCH lower resolution, the game at a similar development stage.

That's it for now, cheers!

Well I have even more weirdness from the troughs of the internet. I've got a bunch of videos and screenshots from some of the art department who worked on both BFME games. There are quite a few I haven't seen before. Legolas's Mumakil execution is new to me, and bits of the 'recut BFME II video' I don't remember. There's also a demo reel which has some BFME II animations around halfway through. I also came across the BFME II inside the battle clips, which I didn't even know existed! However I have't included them as I imagine most people have seen them. Anyway just thought i'd stick these up for anyone who's interested!

That's not on Dark Lord! That is my Edoras map that I released on Moddb (http://www.moddb.com...as-skirmish-map) with almost no alteration bar a couple of buildings, and yet you're here bandying it about with literally no mention of the fact I made the damn thing.

Now if you had asked me I would have given no hesitation to giving you permission to alter it, so long as you at least mentioned the fact that I created the original.

Any chance we could rectify this?

P.S The other maps are looking good however.

Hello chaps! Its been over a year but once again I happened to go on another BFME 1 nostalgia search using the internet archive. I scoured IGN today to see if there were any images or videos that may have been overlooked and eventually lost in the ether and came across some images and videos of Moria from when it was in development.

The photos aren't much to write home about but the video (in all its low quality glory) is fascinating! It shows how different the early layout of Moria was and indeed how it incorporated all those assets that end up as pink messes in the shipped game. I would love to see those assets retextured and this more movie accurate version of Moria recreated!

Anyway just thought I post those up there in case they were of interest to anybody. I'd recommend using the internet time machine though, just in case anything else is hidden away on some long forgotten site.

Have you got any closer images of the map silverbane? I really quite enjoy seeing the stylistic flares each mapper puts into his work. Oops forgot about the images on the first page - damn my memory.

Spurred on by the nostalgia I feel from recent 'BFME:Classic Edition' updates, I decided to have a look on 'Waybackmachine' to see if they had cached a version of EA's official BFME 1 website. They have and its got some very strange goodies hidden, some of which I shall list & link to below.

I have no idea why anybody would want this really, but is was in there downloads section. It does contain quite a few screenshots that I haven't seen before, including some interesting screenshots of that illusive Gondor castle.

The Battle for Middle Earth trailer 4

Watch it in internet explorer as chrome doesn't support the file type.

I don't think this one is on youtube, but then I suppose you don't really need it - well you could maybe make a cinematic out of it?

Very interesting video I thought, it shows how much work actually went into making those brief intros & outros to each major campaign mission.

I actually haven't been able to watch this one, my version of quick time seems to do nothing. If you have any success do let me know.

There are far to many interesting/boring articles & interviews for me to list here but you may peruse them at your leisure in the very slow link above.

Well I'm pretty sure these are the only things of possible interest on there, but if you find anything else leave a link in the comments.

Hello Revorians! I hope you are all enjoying a pleasant Easter Sunday!

These tutorials are aimed at providing you with experience in scripting some of the most important aspects of any story based mission (from a group of enemy units attacking you to a cinematic) in bite-sized chunks that can be undertaken without causing you to curl up into a ball and cry for sweet relief - as I did many times when I was leaning through EA's campaign scripting.

Before you begin scripting however you must create a small, simple & pretty map in which to test your lovely scripts. This is one of the most essential things to any person new to scripting as it severely reduces map loading times - which you can spend a lot of time in when testing your map.

This map is then duplicated and scripted differently according to each individual tutorial, producing a catalogue of maps that define different aspects of scripting a story based mission.

How scripts work and how they are created?

Below are two documents that describe and define each aspect of a script & team behaviours - for example they describe how to add a new team, open the scripting window, explain what 'subroutine' scripts are etc.

Now the actual content of any particular tutorial (sorry I know there's a lot of rubbish to take in here) is a folder contains the following:

2) Some photographs: simply to give you a bit of reference as to how the map should look.

3) A 'map.ini' file: It isn't within the scope of my knowledge to describe how map.ini works so I'm simply going to provide you with one for each tutorial.

4) An 'STA - X.scb' file: this contains the scripts, teams, players and scripted objects I detail so that if your having trouble creating a duplicate of the map I describe, you can simply import this script file into worldbuilder and observe first hand what I am saying.

STA 04 - Patrol.zip   403.67KB   163 downloads - One of my favourite scripts: involves setting up a simple patrol and guard looping script

I would love it if you would post your questions here, request for specific tutorials, pictures of your maps or even your own scripted maps you've made using the tutorials - even if their rubbish!

I am going to do my best to create new tutorials every now and again, but I would of course very much appreciate some consideration in terms of the time my other commitments take up.

If you are totally confused and have no idea as to what I'm going on about please leave a comment and I'll try to explain this very bizarre tutorial system. Good luck!

Buongiorno Edmundos and happy new year! I have been steadily going through one of my old hard drives that I haven't used in an age, during this process I have been periodically saving anything that's not total and utter crap. I recently came across one of my very earliest maps that I presumed I had lost all copies of when my old laptop died. It was a shellmap of Osgiliath with an arseload of camera angles, however the scripting and very map itself were indeed rough, so I've quickly tarted it up and uploaded it to T3A for anybody to have free of permission.