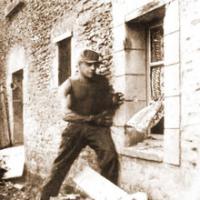 Buren hasn't added any friends yet.

First of all, I want to say thank you so much for creating the mods for my favorite game of all time, I keep replaying it time and time again, and was so happy to find the mods. Installed it since 1.46 but there was too many technical problems, now with 2.0 it is great.

This thread is to provide feedback of my experience playing various mission, it is meant to be constructive, so sorry in advance if it sound like complaining, hopefully it's not, because I really appreciate what you all are doing, this is purely based on personal experience of playing and what I like and don't like, mostly what is challenging (fun) and annoying (not fun). Anyone is welcomed to post their feedback here as well. English is not my first language, so apologize in advance for grammar and vocab error.

Since I play mission randomly, there are many that I have forgotten the mission name by the time I finished it, because it needs hours sometimes days, so I would try to describe it as best as I could. All my missions are played in VERY HARD difficulty.

I just put this in point style:

- GOOD: Original ten missions. The limited ammo and uniform is great and provided more challenge, the stuffs are also better distributed, still enough. Need more bullets to kill, it's fine too, this, I consider as more challenging. In original mission, the additional enemy like super sniper is manageable (more on this on other missions). I also like some of the tweaking to provide fresh new strategy to play. The most favorite of all, the ability of thief to tie the enemy. Original missions are easy (even in very hard) but very fun.

- BEL BOCD C3 in C2 format, best format and provide a whole new way to explore them. Although some C3 missions has become less fun, some are ridiculous especially the C3 original mission, but overall it's better in C2 format.

Impossible to hide/there is only one/very limited way to play it/ Impossible situation :

don't like it when in the beginning of mission there is no safe place to hide and the enemy actually goes into your territory. Even when I manage to kill some enemy, I can't even hide their bodies properly, there is sometimes only a very little space to maneuver and a little error would give you away. And there are certainly many more missions when the starting place is ridiculous, surrounded by the enemy really really close and there are so many of them it would need very precision timing, and even so, it's hard to pull through. There is a mission in snow rocky area like this, I can't remember the mission name. Also I remember some in Burma setting, when character is in the room full of enemy, or Lupin on top of shelf in a room full of enemies. I remember the other characters are in the same situation, otherwise I don't mind that they have to be rescued, but no, there are many missions that I consider as impossible and very frustrating, because there is only one way to play it without error.

The fun of playing commandos is using your own various strategies and tactics to solve the problem, but if the author makes it only possible to play it one way, it's more annoying than fun. Having safe place is critical in the beginning, even when you have to carry the body to fool the enemy it's fine, but not when there is nowhere to hide. Maybe, there is a way, but then again, it's probably the only way that the author had tested over and over again. Another example that fits this is Nazi Zombies, I think it's interesting and unique concept, but again, only one way to play it with really little room for error. Original, interesting, yes, to watch. To play, not at all.

This is one of the most frustrating, don't remember mission name, it was night setting Night of The Wolf, characters are Thief and Driver (Invasion in Night). I had a lot of fun playing it in the beginning and got far. But then. at random, certain situation, they would be shot to death with mission gun. Either because I threw a cigarette, or something else. Had couple of trials and errors, and finally gave up, because on one situation it was okay, the other situation they are shot. At first I thought they were discovered by enemy, so I move Driver to the ocean while the Thief is doing the mission, but no, they are magically shot. Sometime cigarette is okay, sometimes it's not, sometimes it's other unknown thing that get them shot.

This is the worst magic situation that makes no sense, it completely destroy the fun, and there is no logic at all, not that I bother to find out more after many tries, it ruins a what is supposed to be a good mission. Maybe someone can remember the mission name or explain, but if there is only one way to do it, then refer back to why Commandos is fun and why this is not.

I'm sorry, I think this is really bad. In some mission, when I entered certain area, a sniper would magically appear and shot you dead, there is no time for running, no room for hiding. I think this is ridiculous and unfair. Some missions (see Trigger person below) entering certain area means enemy reinforcement, it's okay, for example if I enter the area, the additional enemy sniper would be deployed to the area, but I have time to escape and can plan my counter action. This magic sniper, NO, to be honest, it pisses me off when I had done so much of the mission and encounter this magic, it ruins the mission and the fun. Generally, it's really difficult to trust the other mission by the same  creator, generally I don't know when funny thing happen and not to waste time trying another mission that I don't enjoy because of this magics.

BOTH GOOD AND NOT

GOOD: Tying or killing this person/taking something would result in some enemy reinforcement, good, especially when you can see it happen and the path is clear. Sample mission that I remember, the one called Wolfchanze and Opera Enhanced, I love these missions, and don't mind it at all once I know what is going on and able to plan accordingly. I really enjoyed it. I enjoyed all three versions of Wolfchanze, even when it took me time to figure out how not to freeze to death. I think removing part of enigma trigger enemy force is brilliant, basically because it gives room for extra strategy and challenge. andrenalin! Of course I was too surprised in the beginning and even try to ambush unsuccessfully, but learning from that to create additional strategy is what makes it really fun. I would write more about what I love from this missions later on.

BAD:, when killing or tying this person leads to illogical execution, there are times when commandos that are being imprisoned being executed because of this, even when they have been rescued. This is too ridiculous. Or the one when it's very important to kill or tie this enemy because you won't have time to neutralise the area before being find out and even knock him over and over again is quite impossible if you are single player. I remember one example is in Savo Island setting where Sapper and Green Beret are the prisoner.

This, imho, also very annoying and in bigger scale, ruin the mission. One thing is very obvious, the proximity of the mine. It's too ridiculous, the challenge of the mine is to obtain the detector, and clear the area from the enemy so that you can pick up the mines. The challenge is not to see how many time the Sapper fly in the air. What is the fun and challenge of that?? Save load save load save load, without additional challenge or purpose. It makes all mine mission ridiculous and not fun, please bring back the old proximity. Seriously, it makes me don't want to do all mine task. If I have machine gun, there is no way I use detector, especially when I have Whiskey.

Certain mission, I can understand inability to ambush (although I generally don't like it but there are some missions that fit).

The example of this doesn't fit, Half Life mission. It started well, eventhough the commandos don't have ability to tie (normally I hate this) but I think this is okay. It was fun at first, manage to clear all the internal stating area, get Lupin out before enemies go to second story and obtain additional snipper bullets from them. Now there is problem with the gate with tons of enemy. To get to them, I need to make sure that I clear investigation enemies if I make sound near the wall. We have a trap, and we can't ambush. Without the ability to ambush, you can't get the enemy from a safe distance unless they are alone or in pair, but there are a lot of patrols and when they check for noise, they come together, bottom line, we need all of them dead.

So the logical thing is to make noise to bait them and get them with the trap.

Sounds good. But we are talking about a lot of enemies, a lot of patrol and one trap. Every time I only managed to kill one or two enemies, repeat again because there is no way for mass destruction.

From the fun I had in earlier in the mission, I got very very bored, in fact, it gave me bad headache. Even when I manage to infiltrate the gate building and kill everyone inside, I have to repeat bait trap bait trap and it gets very boring and annoying.

I think the key is, if we need to destroy a mass, or a lot of enemies (and this mission have a lot), there should be a way for mass destruction of better way. Sapper is normally good for mass destruction but he is not in the mission, but other commandos are capable too, if they are able to ambush. Ambush is not easy, especially when you only have four commandos with limited ammo compared to plethora of enemy, but that could make it interesting. And this mission they-can't-ambush!!! and only have one trap for that. Lupin can sneak in with auto riffle, but with very close distance, he is most probably injured or dead because the range without ambush is too close. I have to abandon this mission half way. It's too bad because I really enjoy the first half and also another mission (Silent Killer 0.2) by the same creator.

I still have a lot feedback in mind, but I would stop here first because it's so long. Sorry if I criticize some of the missions, but that is my honest feedback and again, it is meant to be constructive from a player point of view. Having said that, I have fun with a lot of missions, currently I'm trying to replay again so that I can have more accurate feedback. However, I need to know if this kind of feedback is frowned upon or welcomed by the creators, because I understand there are many efforts put in the mission and I thank you for that.