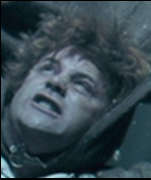 ahd0ver hasn't added any friends yet.

Okay, so as I small project of mine, I decided to make the mounted Faramir, in Knight armor, usable on foot.

I never knew that would of been much more than I anticipated. But it was well worth it.

For people who don't wanna read. 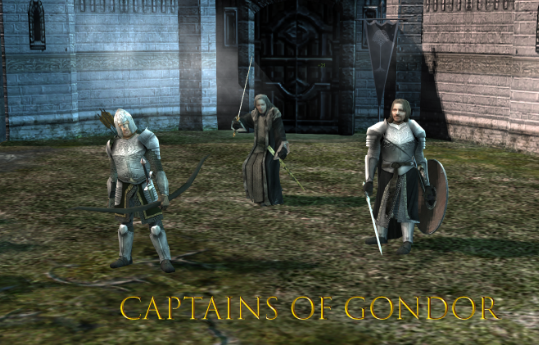 Now for those who are sticking around, this journey was a funny one.

First and foremost, thank you RiderOfRohan, Dunedain, and Mathijs. You three really did help and hold my hand on doing such a simple thing but it was a huge step in modding for me that really had a "dabble" in everything. Coding, Modelling, Rigging a Skeleton. But no texturing. (thankfully)

So for those who do not know, this is the base model compared to the one that I edited.

(Note I did not make any models from scratch, everything was from the AotR team, and I edited it)

Base top, my edited bottom 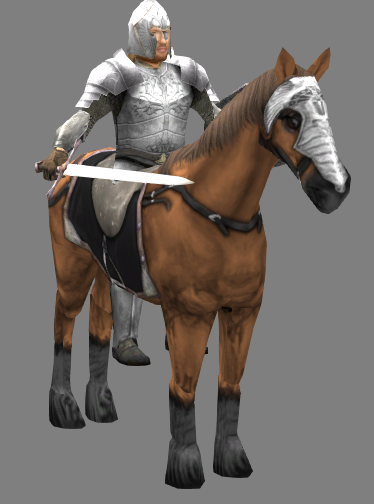 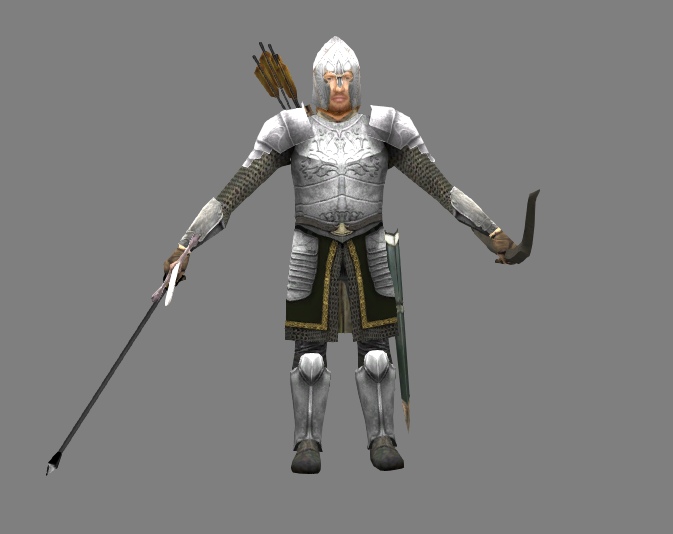 It was a lot more complicated than it looked. xD At least for me...

Thankfully just moving vertices is easy but some wacky things did happen. However, I was able to successfully rig the skeleton to the new model, I placed the weapons where they should be and everything worked out fine model wise.

Coding was pretty easy as well. Using similar code found with Boromir's upgrade to armor in his .ini, I modified it a bit and inserted it into faramir's .ini. This was most definitely the easiest part as a lot of it was copy paste.

Then I ended up with the final product in the first screenshot.

I must say I am very proud (too proud) in what I accomplished and what I've learned in such a small amount of time. I hope everyone who sees this can take inspiration as I, who has NO experience modding BFME at all, created a simple little submod for personal use.

If you got this far, thank you very much for reading everything and have a good rest of your morning/afternoon/night.

Requires: Rank 10
Summons an abominable warg matriarch, capable of taking an immense amount of punishment and easily tearing foes apart. The Matriarch reduces the armor of nearby enemies by -25%

Reminds me of The Third Age in the East Emnet Gullies.

I'm the only account on this laptop and have set myself to admin and have also pressed run as admin..

how else do i do this?

Update, I reinstalled t3a and reset the admin settings on it... finally worked so I'm all set to play!

Thanks for the help

Very good that you finally have this all set and running. It was a pleasure to help along the way.

This has already been said, I think. It's unavoidable clipping.

I could see Grishnakh getting added along with the "scum from Lugburz" power. But not as a permanent.

I've managed to get everything working apart from online.. ive dowloaded t3a online and setup that, I've also set up an account for it. however when I go to enter online, I get stuck on the login screen saying I need to update and then if I press okay it shuts my game. Any idea how to fix this?

You have the same problem as me. Have you found a way to fix  it?

Did you reinstall the game from GameReplays? Do NOT use the Special Edition's from forshire. Make sure when you reinstall you delete your files from AppData/Roaming. There are two related to the game.

Also...make sure you patch in the correct order, some people have skipped patching 2.01 and go straight to 2.02. Order below.

You can mod the game from this point with any mod that requires 2.02 as a base. Such as AotR. IF you use a mod, such as Edain, you MUST disable 2.02 and put the ORIGINAL game.dat back in it's  place. PM me if you need further help.