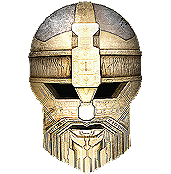 It seems that I've been somewhat remiss with keeping all the various sites posted of our devlog updates. We've actually had two since the last post - one by me and another by Alex. They cover two topics that include lots of pretty pictures, particularly the Space Terrain entry. Of course, the Special Effects one isn't too shabby either... I recommend having a look at both.

For the upcoming week, stick around. I hear that Alex has some kind of spaceship design video planned, which I haven't seen yet, but have been assured that it's very cool.

ok, so onto the meat of the subject

using transform to my knowledge forces an object to move to an offset to its position
now, is it actually moving? or is it "teleporting"?
you may notice in some games when a object or item 'teleports' or respawns that there is sometimes a mid position
example would be a player respawning and you for a brief fraction see them flash across your screen
I believe that's simply a side effect of resetting position to a new location, in other words altering the 'transform'

Not really. It depends on the engine. You often see that in an RTS because of how exactly modern RTSes work (look up lockstep simulation for more info).

In general, for the rest of the question:

Unity's physics solver (and most other engines') runs at a fixed interval (which you can define in the physics settings). If you do anything at all between those ticks (ie, every FixedUpdate), they will be independent of the physics calculations. So if you moved an object into another object during an Update tick, the physics solver would not read the collision until slightly later, and then it might have some strange issues.

To be safe, with an object under full physics control (ie, non-kinematic), you should avoid ever setting any properties of the Transform component. There's no harm in reading them though. You should always set these properties through the Rigidbody component (eg. rigidbody.position and rigidbody.rotation). These are the same as using transform versions, but are instead delayed until the end of the physics step. It's the safest way to do it. However, if you set rb.position constantly, you will also get weird behaviour as the physics solver will be running slower than the framerate. You will have your object jumping along every FixedTime interval (which could be say, 0.05 seconds), wheras the game will be rendering at 30 FPS.

To avoid this, use rigidbody.MovePosition and rigidbody,MoveRotation. Use them in FixedUpdate so that they will work with the physics solver correctly.

Don't use Transform or any of its methods for physics objects, use Rigidbody methods (specifically, MovePosition, MoveRotation, ApplyForce, ApplyAngularForce, etc) and use them in FixedUpdate

The freely available shield shaders for Unity don't accomplish a Star Trek like localized shield flare effect. Here is one that does. It's also somewhat faster than some of the others I've come across.
For a shield effect, you would pass the local hit coordinates to the shader's _Postion using Material.SetVector(), and pass a 'strength' of hit to the shader's _RadialFactor using Material.SetFloat(). Animating the _Offset and the _Color parameters allow the shield to phase and fade.
Shader accessible properties:
_Offset: float: Animate this to cause the shield to 'phase'
_Color: Color: Tint color of the shield. Animate the _Color.a value to fade the shield
_Position: Vector4; Local position of the hit effect. Pass a world space position transformed to object space position (eg. with Transform.InverseTransformPoint) to create a shield flare at the appropriate position
_RadialFactor: float; The scaling of the hit effect. Lower values give a more concentrated flare.
_MainTex: Texture2D: Texture to use for the shield's phasing effect.

The shader works on all cards that I've tested on. I've attached an example.

As you can see from the image, the culmination of all our hard work fast approaches! We are going to be releasing the Star Villains and Space Heroes Demo on:

The demo will give you a taste of what we plan for the full version. Here's what to expect:

We're just finishing up final testing and tweaks to get you as polished a demo as possible. In fact, I've fixed the last 5 reported bugs while writing this post.

Isn't the most telling argument the bit where Kili uses a bow, and uses it well?

We (well, mostly Alex) have just finished putting together our first trailer! It has some cinematic and also ingame footage - probably the first we've shown off publicly, so you should all  go check it out!

Let us know what you think!

Welcome to the Star Villains and Space Heroes forums, kindly hosted by the Revora Creative Network!

It's looking pretty empty right now, but we're planning on populating the place with lots and lots of content to be.. awesome. I'm just putting the finishing touches on the website now, for example.

In the meantime, here's some quick information about the game. Also, feel free to check out our IndieDB page, which has some more screenshots from our alpha version. Expect more in the coming weeks.

SVSH is a game influenced by our team's love of science fiction in general and space combat games in particular. Both of us spent a lot of time playing older RTSes, sims and FPSes, from really old classics like Descent and TIE Fighter to more modern games like Supreme Commander. To that end, we've decided to draw together a lot of disparate elements to create a game that, first and foremost, we'd enjoy playing. We do rather hope other people will too.

At its core, SVSH is a 3rd person space combat sim, though with enough streamlining and simplification that it's easy to pick up and play. You, the player, take command of a single large capital vessel and engage in combat with similarly equipped enemy ships. It's up to you to use your ship's abilities to their fullest and defeat the enemy. Combat takes place in full 3D space with realistic space physics - no drag unless you are in an atmosphere. This increases the complexity of the maneuvers you can pull off - imagine setting up an attack run past an asteroid outpost, firing your main engines and coasting by on inertia as you fire off your ship's arsenal. Trust us, it's damn fun. You also have access to advanced technology and abilities, such as point defence guns to shoot down missiles, electronic countermeasures to jam enemy locks, and special engine overloads to boost the power of your engines. We aim to present a very large range of ships, from small frigates to large battleships and dreadnoughts, with lots of different types of weaponry (railguns, beam weapons, missiles, unguided rockets and more). We have a detailed original backstory with at least five (and probably more) unique factions, ranging from humans to aliens to artificial intelligences. Each faction has its own design philosophy, set of preferred weapons and strengths and weaknesses. Look for more information on these factions and their starships in the coming weeks!

Amazingly, Star Villains and Space Heroes has now been under development for about 2 years now, much of which was teaching ourselves Unity and experimenting with various systems and ideas. We've made great progress in the last year, and are ramping up work to deliver a playable demo reasonably soon. The demo will give you a taste of what the full game will be like, and should provide four missions with four playable ships.

Massive overreaction to this here I think. I see very little insulting in his post. It does betray a basic misunderstanding of why people mod though. In general, we are selfish bastards that don't want to serve the community (

), we'd just rather do what we want to do. It's not about reaching the customer, because the customer is the modder, to be honest. Download counts are just collateral damage, as far as I'm concerned.

Thorongil, most modders aren't interested in fixing the game. The whole reason we do it is to add what we want or change what we want. To us, I suppose that *is* fixing the game. I mean, I would love to see a perfectly done BFME1 -> BFME2 conversion. It'd be cool. It would be boring to do though, which is probably why it hasn't been done (sorry RG, don't think your BFME1 mode counts, it has too much extra content

). This is basically a thinly veiled "do this for me" thread. And we all know how much we like those threads.

I get the feeling you want something competitively balanced, essentially. Which is hard. You'd have to rebalance things if you moved it to BFME2 - that's practically a fact, as the various mechanics would cause... problems. And then your target player base would complain. A lot, if the communities for various RTSes are any indication.

Also goddamn I will shoot the first first person here to say they're not an amateur. And the next person to misspell it. Professional == practicing a profession. Modding != profession.

Though the release of 0.75 seems to have gone reasonably well, some issues have come up that we're working on addressing. These include the Entmoot bug and a few balance changes. Expect a patch to be out in a week or so, as we're also working on making needed improvements to the AI that need some more time. We'll also be releasing a Worldbuilder installer that will allow you to make maps with TDH content effortlessly. Stay tuned for more information.

In the meantime, we can offer a solution to the pink arrows bug that seems to occur at random. To greatly decrease the chance of this happening, when you install The Dwarf Holds, makes sure to run the installer as an administrator. To do this, simply right click on the file and select "Run as administrator". Then, proceed as normal. This has worked so far for forum members. If the problem persists, you may also want to run Battle for Middle-earth as an administrator.

Thanks for your patience!

After a lot of work, things thrown at walls and lots of time, we can finally announce that The Dwarf Holds version 0.75 is ready to download. It contains tons of new content, including new units for every faction, new spells, new heroes, new buildings - the works! It also fixes many bugs and makes balancing changes. For the full changelog see here (though it's missing a few maps). You can also have a look though the extensive manual - included with the download or available here.

Note: because we made some changes to the auto-updater, you cannot use it to update to the new version. Unfortunately, you have to download the full installer. Sorry about that!

To download, just head over to our ModDb page. We also have an alternative download on LOTR Files.

If you find and bugs that aren't listed in the manual/changelog, post them in bugs threads here. We'll address them as well as we can.

The TDH team hopes you enjoy the release!

We've got a working release candidate and are uploading it. It'll likely take a day or two to get authorized by Moddb's servers.

Here is the full changelog as an appetizer.

Do you live in a land where April comes 10 days early?

Since you've all been so good... I thought I'd let you know I've just finished fixing the major bug that was delaying things. My entire work-time is now dedicated to finishing up the manual, at which point we will release. Look for a new version of The Dwarf Holds by the end of the month, if not earlier!

2. Look in this thread for the link