77 replies to this topic 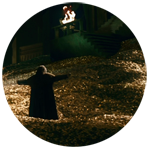 I've posted this to someone's Thorin ability idea on Edain forums, but it's not sure that it will be used.

It looks nice but I know that Mathijs and the rest of the team will want an icon/logo. As a graphics designer myself I have really been enjoying the work they put into the icons to mae them recognisable.

Thanks for the answer! Judging from the other icons that have been posted on the discord, it will surely look good.

When will erebor faction be released?

Why mix and not individual units? because they could make the Iron Hills Warriors structure and leave the units for example: laceron with shield, swordsmen with shield, battle carriages, and instead of catapults, ballista that have an area bonus against arrows, because they had no units at a distance only the ballistas and dwarves riding goats no Boars. in the movies the only one that mounts boar is Dain. (to give it a little more prominence)

The dwarves of Iron Hills are supposed to be the heaviest units not only of the dwarf race but of the average land for their armament. In my humble opinion is to miss his great power

Because we don't want to overcrowd the faction with redundant units. Not everything's gotta be a Mordor.

I understand and I agree ... but it would be very good since they have thought to create 2 or 3 factions of elves, knowing that it is a very big job, but it would be good to get juice making a second faction of dwarfs as iron hill.
and with respect to gimli it is not good that it is only a power of rohan it seems to me that it is to take weight from what is true I mean for the race. since legolas if he is going to be a recruitable hero and aragon already is, I do not see why gimli is not ...

Because he'll be in WoTR Erebor.

Excuse my ignorance, I've been around for a while, but what is WoTR?

There will be two options to choose from inside the Erebor faction, either the Hobbit era heroes or the War of the Ring era heroes.We don't know if it will make it into the initial Erebor release but it will be something we will be having down the road. So heroes like old Dain, Gloin, Thorin III, and Gimli will be there.

It would be really good, I would curious, how Thorin Stonehelm looks like...

Have you decided which heroes will be in WOTR erebor?
I have read lore to have some ideas and pretty sure you have much more knowledge but according to the events of war of the ring and siege of erebor;
I suggest you do the same you wanna do for rohan and let king dain to be a powerful leader just like theoden but weaker compare to stonehelm.
after all both theoden and dain were older and died and after their death, stonehelm and eomer showed themselves to be even better fighters and leaders.
(Final example: stonehelm will cost 3000 and will have the role of Oakenshield on wotr era. gimli i guess will cost 2500 just like the legolas and aragorn.
and dain would cost 2000 as the king and brand and gloin will be cheaper guys
this way you won't be needing to add a sixth guy to balance the WOTR erebor roster compare to hobbit one, because they already have 3 powerful heroes!)

We've largely decided, yeah. Stonehelm will probably be the primary warrior hero, whereas King Dain will take a leadership role.

Other heroes will be Gimli, Gloin, Hadhod, and King Brand. I should write some plans for them...

EDIT: I typed up and included a first pass at the above WotR heroes.

Are you going to change the unit roster for the WOTR Erebor ? Or will it be mainly the same?

Are you going to change the unit roster for the WOTR Erebor ? Or will it be mainly the same?

They have already said that they have no interest to do that.

We've largely decided, yeah. Stonehelm will probably be the primary warrior hero, whereas King Dain will take a leadership role.

Other heroes will be Gimli, Gloin, Hadhod, and King Brand. I should write some plans for them...

EDIT: I typed up and included a first pass at the above WotR heroes.

WOW that was the fastest answer ever lol

Nice that you've added Hadhod it was my favourite hero of The Third Age, really loved that game.

Erebor plan is getting better

Perhaps at level 3 Iron Hills Dwarves could get the ability to switch to war mattocks, increasing their damage against units with heavy armor, but lowering their defense and preventing them to enter shield wall formation.
But then again, the faction is already very rich and diverse as it is