No, because you have to somehow kill Romanov before topols are gone #SpeedrunStrats

No, because you have to somehow kill Romanov before topols are gone #SpeedrunStrats

Not so easy after certain thing was removed from mission, which makes player now use bigger army to breach the kremlin area. Or at least to escort your infantry killers there.

Anyone else think that the conyard you get in the Conqueror is nice, a bit unnecessary? You are too busy with the topols and you get the forces you need for taking the topols. Maybe the yellow ally could make more use of it?


Yeah. Doesn't help that you're locked on Tier 1. I think you couldn't even mass any tanks, at least not large enough to stand a chance and on time

Mmm... Why there is a Medic Bunker for the Soviets AI which they rarely use? Base decoration anyone??

Aw... Why'd you guys removed in Act 1, Allied Mission 10: The Gardner for the Technician and G.G.I. to be able to go into the Battle Fortress / Tortoise?

When world domination haven't cured the emptiness inside

I guess to prevent a situation when you put them into this vehicle and there's no space for KI scientist left. You cannot tell them to exit because the Tortoise is not yours, and you can't put KI scientists inside, so you fail the mission in the very end because by the time chronoshift is ready the scientists are not inside the Tortoise.

It makes me happy that this friendly engineer is still on his place. I uploaded this kind of picture before but I am sure not many players have even known about his existence.

But I still wonder, Why was the Soviet commander given 5000$ in the first place? Is there more deep meaning to this decision? Not gonna put more screens to spoil all the options you have with one additional engineer in this commando mission. Played some missions today on easy, because first time and not wanting to stress my brain out with all the possible dangers. First was another try of Singularity. Failed when heading to border because virus had to stand in range of a coil to shoot a dog. Kinda demotivating, because otherwise Malver would have died. So singularity will have to wait another time. Next was Divergence, which I completed. No real complaints about the mission itself, but I am noticing a trend with basebuilding missions. Firstly, the ai has the same ai as in skirmish. So it cheats with instant rebuilding, annoying spy spams and infinite money.Destroying a base comes down to rushing down the conyard, which can cost a lot of time and money. Secondly, looking at the bases in Divergence and Memory Dealer as examples, are absurdly defended with base defenses and in Divergence with snipers and Hammer defenses. So even with artilleries you can not get in easily. Nothing too bad, because it looks awesome and it is not impossible. However, with the ai cheating it becomes even more time consuming and annoying to deal with these bases. By the time I got to the Chronosphere I had cleared the whole map, except the orange ea wf. Rahn was a real ace in my army. Sadly he died because of 4 terror drones, but he was retrieved. Defending the chronosphere was easy, because I destroyed everything dangerous in the area. When sieging I had one army with masterminds and magnetrons distracting the soviets at the centre entrance while I backdoored with another army. Using the rage inducer was fun. So all in all: a fun but time consuming mission. Then I went back to Side Effect now that the bug is fixed. Nothing really wrong with the mission, if you garrison the village to get a foothold at the pf base.
After side Effect, I tried Peace Treaty. One word: Bull*peep,* even on easy First, Siege Cadres. Second, no Radar. Why does it go offline? I know it is because of the Bireau, but you had it for the first phase. Third, Psychic beacon needs power and with the siege cadres you are bound to lose some reactors, unless you exactly remember every enemy paradrop. Last, the damm Siege Cadres. They make my Tesla Coils useless, because they either destroy the coils or snipe the reactors. And you have no way to rebuild them. And the units you have are too slow to react to them, which is a trend with Soviets and fighting PF. I would delete those Siege Cadres or just spread my forces better next time. The radar is still an issue though. I also completed Godsend. I have to say: the Allies are pretty dumb to set all their hopes on a machine. Do they really think they can win with that, now that the war grander is? Having better tech is one tech, but being brutal in battle like the Soviets or clever like the Epsilon can be more effective than one engine. It blew up Irkalla in one shot, but according to Bottleneck it is not completely charged. They are so predictable. The best thing they can do is defend in this war. Even Yuri foresaw that. Well, now I have to deal with Memory Dealer and then I have completed all current act 2 Epsilon missions. Great campaign so far minus the complaints.

If even during emergency liftoff and not being charged to 100% it managed to destroy Irkalla and activate Time Freeze several times then imagine what it could do with full power. Notice one thing: Allied desperately needed a trump card after being pushed back by Soviets. And Paradox Engine could be it - weaponery that could give Allies upper had over opponents.

True, it comes to waiting. The engine does remind me of the GDI experimental Arceus bomber from cnc4 (if it is allowed to speak about that

) I really want to see that Yuri's island and moon mission. Time will tell. Sooner or later.

Peace Treaty : Yeah, those cadres almost got my beacon good I had to spam 3 engis for the beacon. Fortunately I managed to find the paradrop pattern and spots afterwards

Are there any plans how the new missions will be released? 3 at a time, 6 at a time?

I guess to prevent a situation when you put them into this vehicle and there's no space for KI scientist left. You cannot tell them to exit because the Tortoise is not yours, and you can't put KI scientists inside, so you fail the mission in the very end because by the time chronoshift is ready the scientists are not inside the Tortoise.

There was extended space to fit everyone back in 3.0. The KI scientists could also enter after the Technician and G.G.I. entered without hassle, for me at least.

Peace Treaty : Yeah, those cadres almost got my beacon good I had to spam 3 engis for the beacon. Fortunately I managed to find the paradrop pattern and spots afterwards


On the way to South-Korea near the start location.

Oh, that... well Malver's attack is ranged (psychic kinetic blade), and dogs aren't exactly stealth detector, though I remember it having some Tesla Trooper, which is a detector. If dogs come, Malver can easily dispose of them with small effort

Divergence seems fun if you play it as a commando mission.Since they don't send army if you don't go to your base, you can destroy them with Rahn and brutes.Even on mental .

What a trap!!! (Who made that mission, anyways? I would love to know.) 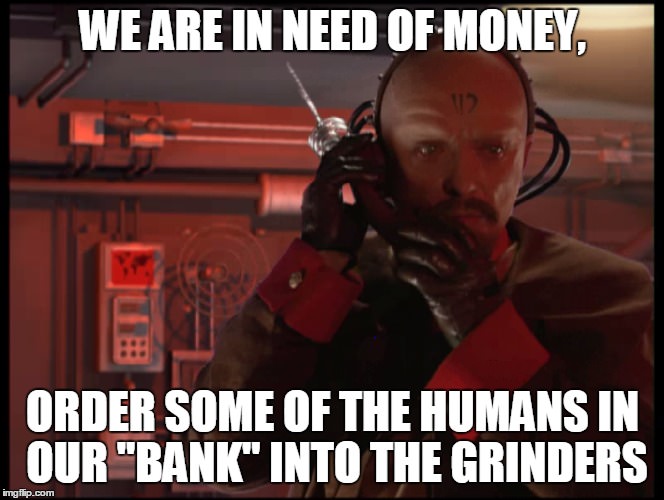 Before blaming him outright though... at least offer an explanation on why the US traitor forces actually fight for SC willingly...

Like, are there incentives or something like that? Makes kinda no sense when they are not mind controlled and still fight for SC.