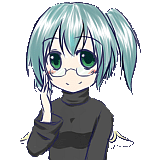 I want to see this in VRC so much.

Meyerm is right though. As a game developer myself, and one that communicates with the userbase, if there is one thing I seen as one of the most dangerous way of thinking can be summed up in this sentence: "how dare you insinuate that Speeder and the Mentalmeisters will betray us after all this far".

This sort of thinking is almost bordering on insane. It is basically a subtle blackmailing the developers, almost like a sort of threat that they MUST live up to your expectations, OR ELSE. So yeah. Stop that.

We are all -speculating- about Act 3. We are not 100% sure there will be one, but hey, at least we keep talking, and it's better to have that than an empty forum. (Also what's that bit about World of Warcraft? :V)

(As for MM doing this for free, I still think they should have a Patreon. Said this time and again, I almost WANT to pay for this mod. It's that great and it was that influential even to my own life and career.)

"Work on a completely new side, more missions for Act Two, and new additions to the equipment roster of the vanilla sides takes quite a lot of time and resources. We're always looking for contributors who would like to join us in making this project even bigger. The addition of Side 4 with its own 12-mission campaign is the endgame goal for Mental Omega. We wouldn't like to repeat Westwood and add a side which does not have its own campaign."

Also, one of the reasons Speeder started MO, besides the balance fixes, because he always thought Yuri not getting his on campaign in YR was wasted potential. It's obvious that he would make a campaign for Foehn as well, and he originally announced them getting a 12 mission campaign. Though who knows how much stuff have changed since then and if we'll get even more than that....

I wouldn't mind a sort of "tag-team" campaign where you play Foehn for like 2 missions, then 2 missions for the global Epsilon (Reptoir), controlling mixed/hybrid armies, and jump back and forth with people theorizing which one of them will win, as that would be a secret until the end, with cliffhanger mission ends between updates, and all that. Would be exciting.

Yeah, suggested that before a page ago, I really hope to see them as they are some of my favorite units and their lore fits the situation perfectly.

It would be cool if the Perun Flagship and that other unused Soviet helicopter (Twinblade, I think?) would appear as campaign exclusive units in the two finale missions for the Soviets, maybe Grumble too. And the Iron Fist. And the Voltmortar! (And even the kitchen sink!)

But seriously, for an all-in final assault by the Soviets, I'd love if they would utilize -everything- they got and more.

After hacking that ROC, I also had to infiltrate another one in the middle of the enemy base, and then -all- Future tanks, including those used by the enemy against me got under my control.

Edit: I kinda hope we'll get to use Quickshifters in the Allied finale missions, their lore seems to fit the situation.

Is it me, or The Great Beyond's briefing sounds like a briefing for an entirely different mission that would take place before The Great Beyond, where you have to find Rashidi and his bodyguards?

Man, Dawnbreaker just feels SO GOOD, after you can mass produce Apocalypses.

The largest change, besides the addition of the new missions was caused by the mission "Fullmetal". By its inclusion, it codified some parts of the timeline that sorta just "floated" between "Thread of Dread" and "Obsidian Sands". Due to this, we now know when exactly some Allied missions take place, and the timeline was changed accordingly. Some missions like "Kill the Messenger" and "Gridlock" or maybe "Tainted Empire" could potentially be playing at the same time as "Obsidian Sands", but I like to put the most important story beat missions separate (unless there's a mission that knowingly takes place at the same time).

(Edit: Cleaned up the images a bit.)

Full invasion as a covert operation is completely normal for Soviets. Actual stealth missions for them is called "an afternoon stroll".

Maybe instead of a Gap Generator, it could be an upgradable Generator Tower that you first have to build, then upgrade it with an attachment that grants different effects, the Gap Attachment would give your regular gap tower, a Chrono Attachment would provide a chrono field to use the chronolift (maybe provide instant warp for warper units, no cooldown, if possible). And then maybe a third attachment with a third kind of effect, similar to the Iron Guard, just works with defense structures. (I'm totally not considering balance, btw.)

Or just give the chronolift field to the gap generator. :V

Instead of adding yet another tier on top of all of it, I'd rather see a sort of "side-tier" for naval battles, like naval Tech Building, naval defenses, naval airfield, maybe even an ore refinery with an amphibious harvester, if possible.and an expansion to the naval arsenal to have more naval units that are equivalents to the roles of each faction's ground units, making a naval-only economy and base completely viable like in Red Alert 3 or Total Annihilation. If all that would be possible, it could even be its own gamemode with its own maps, where the Naval Yard would be counted as your Conyard and everything is on water.

On second thought, it would be an interesting twist if Yuri was really doing this for the "good" of humanity. Like he knows about a bigger threat, but the only way to defeat it is to "unite" and "prepare" humanity. Unite it through mind control, and prepare through genetic modifications.